Are we ready for the euro area? 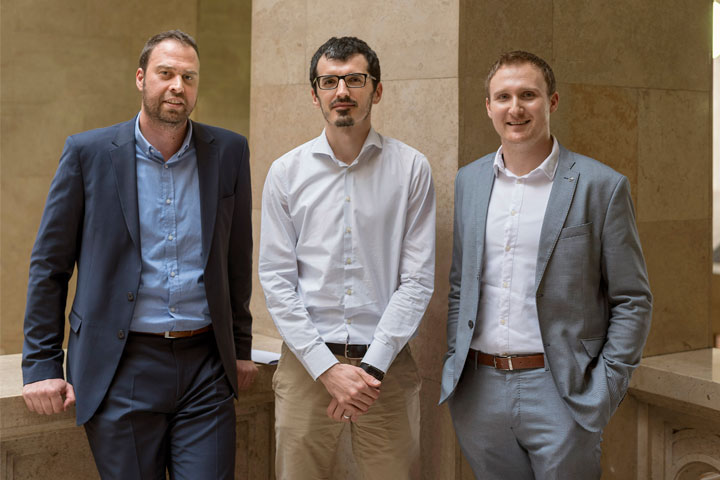 The paper "Third Round of Euro Area Enlargement: Are the Candidates Ready?" by Milan Deskar-Škrbić, Karlo Kotarac and Davor Kunovac from the CNB's Modelling Department was presented at the 29th Economic Workshop of the Croatian National Bank held on 13 March.

The first round of enlargement was completed by the adoption of the euro in the first eleven countries in 1999 and by Greece joining the euro area in 2001. The second round began by Slovenia entering the euro area in 2007 as the first new EU member state to adopt the euro, and ended by euro adoption in Lithuania in 2015. Recently, the twentieth anniversary of euro adoption saw intense discussion on a potential third round of enlargement after Bulgaria, Croatia and Romania expressed formal interest in joining the ERM II (European Exchange Rate Mechanism) and the euro area in the near future. Croatia adopted the Strategy for the Adoption of the Euro in the Republic of Croatia in 2017, Bulgaria submitted its letter on ERM II participation in 2018, while Romanian officials set 2024 as the target year for entering the euro area and established a committee for changeover to the euro whose tasks are to perform due diligence and prepare a euro adoption strategy. In addition to interest in euro area membership, the research was further motivated by the fact that these three countries have different monetary and exchange rate regimes (Bulgaria maintains a currency board arrangement, Croatia pursues a managed floating exchange rate policy, while Romania, according to IMF classification, pursues an inflation targeting and floating exchange rate policy).

According to the optimal currency area theory (OCA), the cost of abandoning an independent countercyclical monetary policy should not be pronounced where economic developments in countries joining the currency area are predominantly determined by common shocks, where economic shocks are coherent and where reactions of key macroeconomic variables to monetary policy shocks in candidate countries and the euro area are similar.

The aim of the paper is to explore to what extent common shocks to which the European Central Bank (ECB) reacts (euro area shocks and global shocks) contribute to GDP and inflation developments in Bulgaria, Croatia and Romania, to what extent the contributions of these shocks are similar to contributions in the euro area and what is the level of similarity between the effects of ECB monetary policy shocks in these countries and the euro area, Milan Deskar-Škrbić noted.

Research results, based on a new empirical approach, show that common shocks are the dominant determinants of GDP and inflation developments in Bulgaria and Croatia (75%) and Romania (65%), that the contributions of common shocks in these countries are pronounced and similar to contributions in the euro area and that ECB policy has a similar effect on GDP and inflation in these three countries and in the euro area. Hence, costs of accession to the euro area should not be pronounced, at least not from the aspect of a common countercyclical monetary policy. This holds true for Romania as well, even though it has a higher degree of flexibility in relation to its monetary policy than the other two countries, whose currencies are more closely pegged to the euro, the authors concluded.