Motifs on the obverse and reverse of the banknotes

The banknote design is by Miroslav Šutej, Šimun Šutej and Vilko Žiljak. Each banknote has its main colour. The obverse of the banknotes features a leading figure of Croatian history and culture, while the 5 kuna banknote bears an image of two Croatian noblemen related by blood. The reverse of all banknotes shows a panorama or a typical Croatian town motif.

The banknotes' appearance and features have been slightly altered over the twenty years that they have been in use: the 10 kuna banknote's main colour has been changed to grey and most of the banknotes have been improved by new security features. Therefore, in addition to the issues from 1993, the improved 2001, 2004 and 2012 and 2014 issues are now also in circulation.

Signatures on the banknotes

The date of issue of the banknote and the facsimile signature of the Governor are printed on the reverse of the banknotes, in the upper right corner. Valid kuna banknotes may bear the signatures of Pero Jurković and Željko Rohatinski, the former Governors, or of Boris Vujčić, the current Governor of the Croatian National Bank. Notwithstanding the signature they bear, all banknotes have the same value. 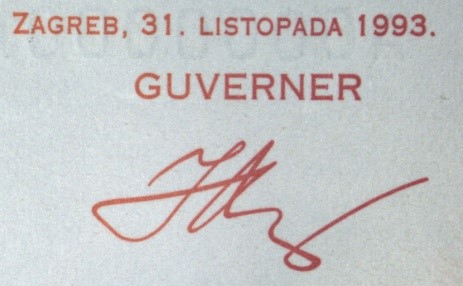 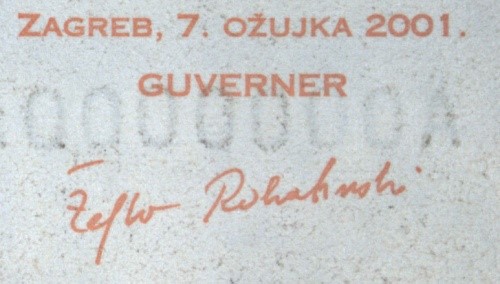 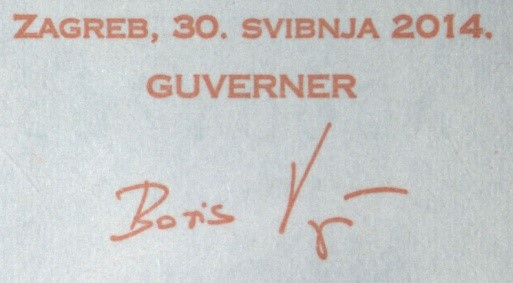