Exporters express a positive view on adopting the euro 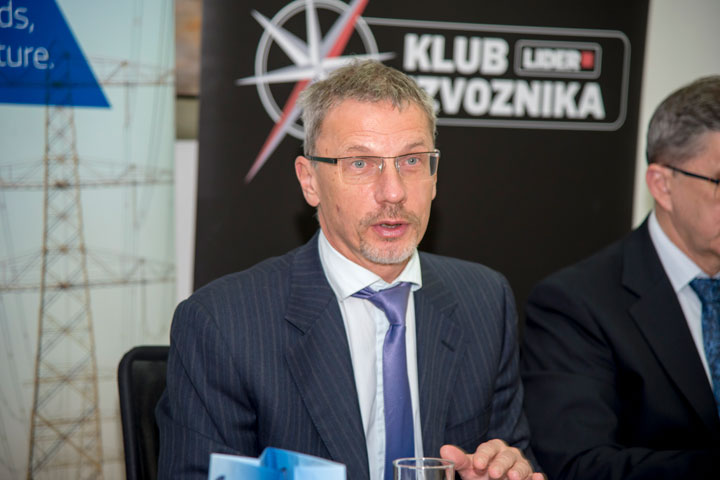 On the occasion of the 26th Exporters Club meeting, organised by the Lider weekly magazine and held on 30 January 2018, the Croatian National Bank Governor, Boris Vujčić, presented the project of Croatia's joining the euro area.

In his speech delivered to the exporters, the Governor emphasised the specific characteristics of Croatia's economy that speak in favour of euro adoption, in particular the fact that Croatia is firmly integrated in the euro area in terms of trade and that its economy is highly euroised. The main benefits of the introduction of the euro – the elimination of currency risk, lower interest rates and positive effects on exports and investments – are considerable and permanent, while costs are predominantly one-off and small. Since the room for the active use of monetary policy is limited due to the high exposure to currency risk, and Croatia is also highly financially integrated in the euro area with the high share of foreign ownership in the banking system, the loss of an independent monetary policy should not have a significant negative effect. Also, a mild one-off impact on prices is anticipated, despite the different perception of the general public.

Croatia must continue to implement fiscal consolidation measures, while reforms are necessary for attaining higher rates of potential growth. Economic and structural policies required for euro adoption are also necessary irrespective of the goal of euro adoption, the Governor stressed. The Governor also mentioned the problem of labour force and the employment rate as being among the major problems exporters face.

Exporters have a positive view on the adoption of the euro and expect it to facilitate their business operations considerably. In responding to the Club member's questions, the Governor said that the CNB prevented the exchange rate appreciation and that only in January the central bank purchased over EUR 405 million from banks. He also said that the exchange rate will be fixed at the time of joining the Exchange Rate Mechanism (ERM II), and that the exchange rate itself will be determined through negotiations and in agreement with partners from the European Union, in which historical exchange rate levels will also be taken into consideration.