Acquired knowledge of finance should be put to use 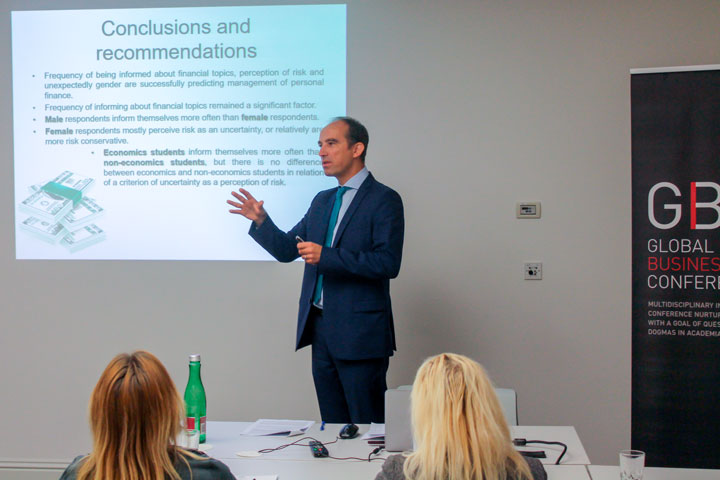 At the Global Business Conference, an international meeting held in Dubrovnik, the Vicegovernor of the Croatian National Bank Roman Šubić presented the conclusions of his scientific paper on the financial literacy and financial behaviour of the student population. The conclusions are based on the results of a survey conducted on a sample of some five hundred students from two Croatian universities with the aim of defining the factors that have the greatest influence on the management of personal finance among students and determining the extent to which the frequency of being informed on financial topics and the perception of risk affect financial decisions in daily life. Previous research, including the measuring of financial literacy on the national level, conducted by the CNB in cooperation with the Croatian Financial Services Supervisory Agency (HANFA) in 2015, demonstrated that young people are the most vulnerable population group in terms of financial behaviour.

This research in financial literacy of the student population builds upon the activities that the Croatian National Bank has been taking for years now with the aim of improving the financial literacy of pupils and students. The importance of investing in education, in this case financial literacy, is one of the primary tasks of seminars organised by the CNB. However, in addition to acquiring knowledge, it is also key to put it to use in order to change, or improve financial behaviour gradually, Vicegovernor Šubić emphasised in his presentation.