What is the banking union?

When completed, the banking union should look as shown in the picture below: 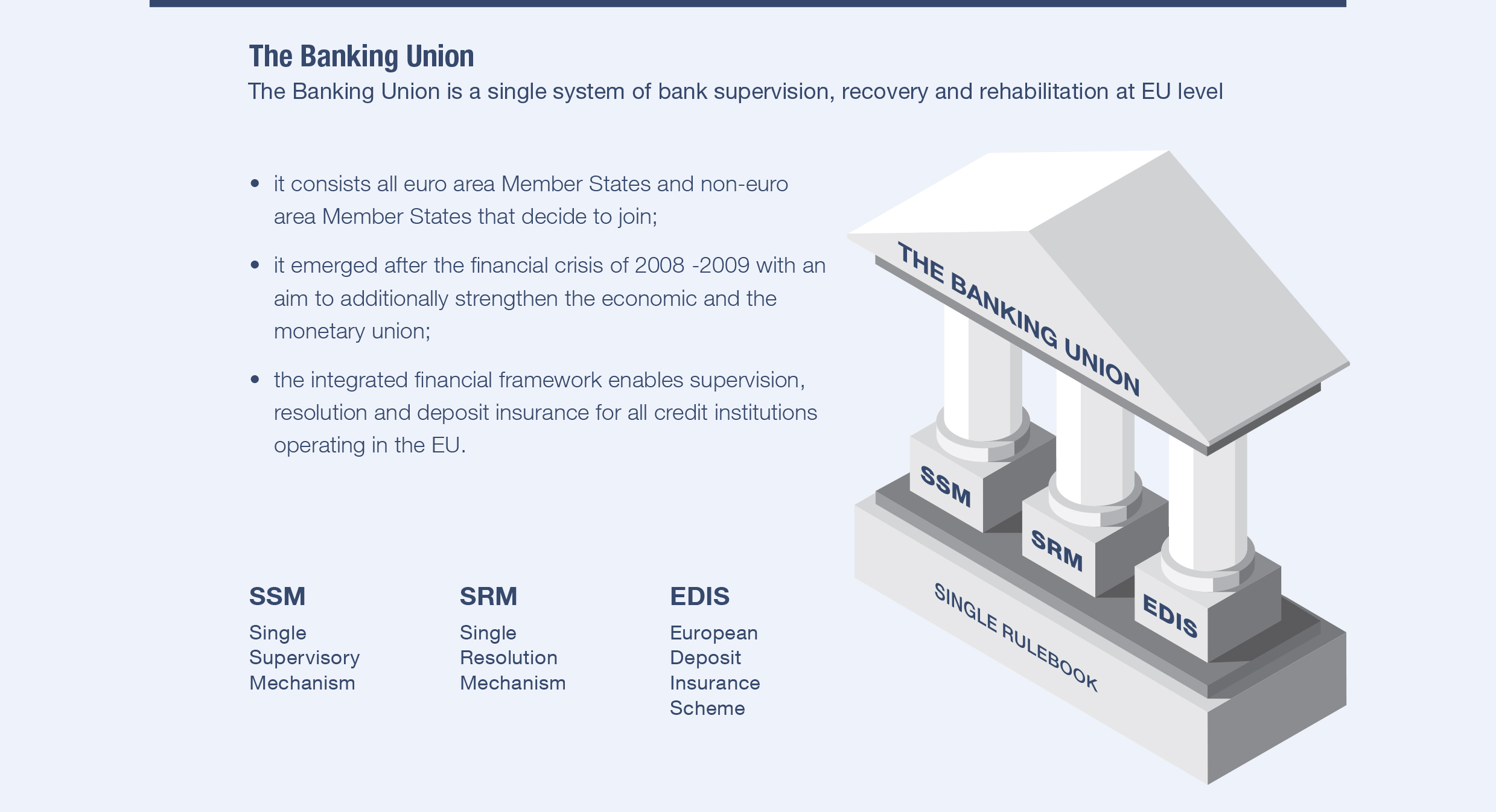 The aims of the banking union are as follows:

The banking union ensures that EU banks are stronger and better supervised. As the financial crisis evolved into the euro area debt crisis, it became clear that deeper integration of the banking system was needed for the euro area countries, which were particularly interdependent. Drawing on the experience of the financial crisis that hit the world markets between 2008 and 2009, and lasted in some European countries until 2015, the Member States decided to further strengthen the economic and monetary union by creating an integrated financial framework that would include a single supervisory, resolution and deposit-protection system for all credit institutions in the euro area.