Representatives of the Single Resolution Board visit the Croatian National Bank 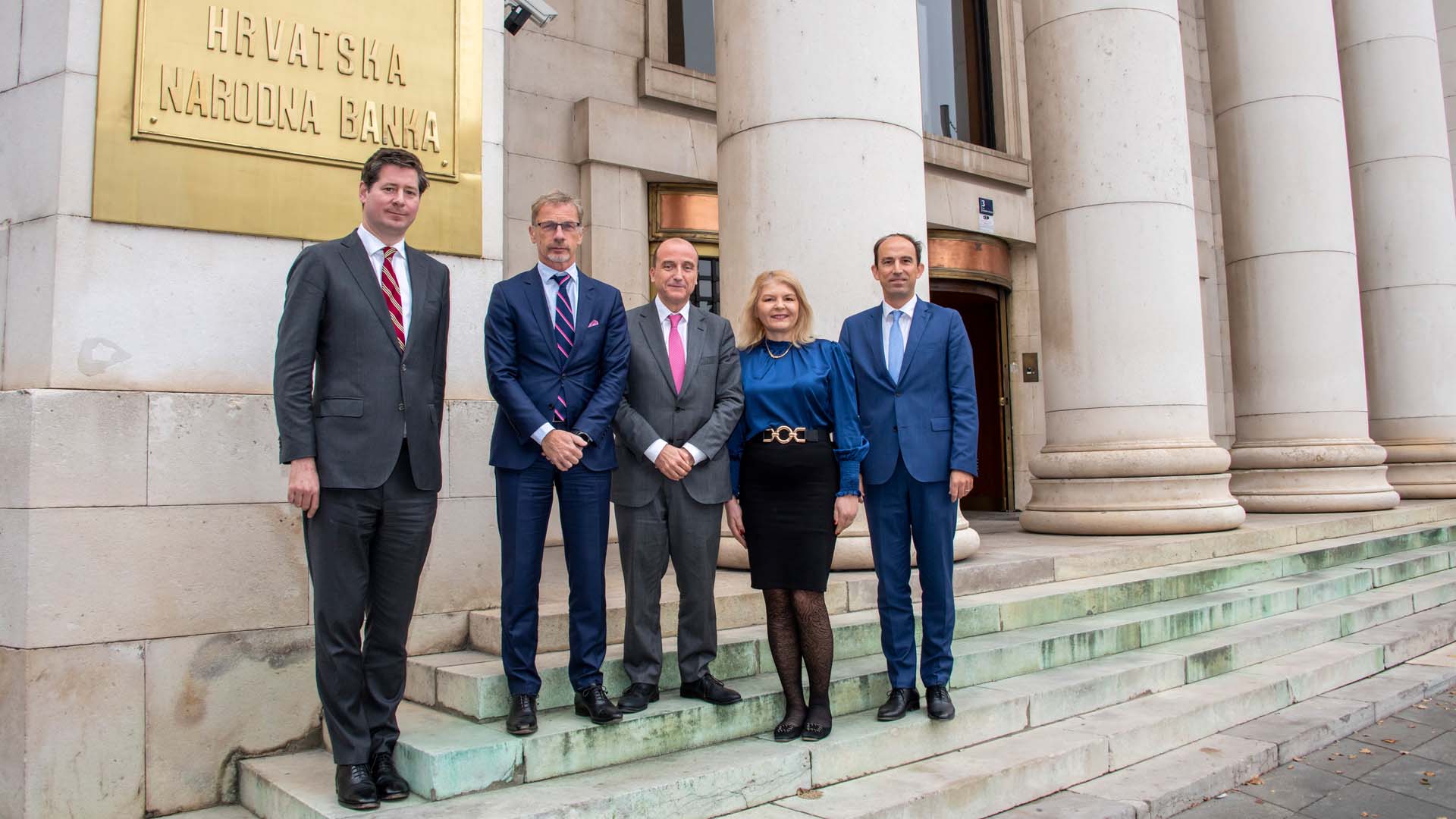 The Governor of the Croatian National Bank Boris Vujčić, Vicegovernor Roman Šubić and Director of the Credit Institutions Resolution Office Lidija Pranjić met today with Board Member of the Single Resolution Board Jesus Saurina Salas and Head of Unit Daniel McCarthy. In addition to the exchange of opinions on current events related to resolution planning for Croatian banks, also discussed were current developments in the Croatian banking system, and the impact of the introduction of the euro and the Russian-Ukrainian conflict on the economy of the Republic of Croatia.

The central topics of the visit were the exchange of the latest information on the banking system, macroeconomic indicators and resolution issues, as well as an assessment of the possible impact of events in the environment on the Croatian banking system. The Croatian banking system has remained highly capitalized and stable despite unfavourable events in the environment and is currently facing new challenges related to joining the euro area and the introduction of the euro as the official currency, which will certainly contribute to Croatia's further integration into the European economic area. In addition to representatives of the Credit Institutions Resolution Office, some of the meetings were also attended by representatives of the CNB's supervision departments as well as representatives of the Ministry of Finance.