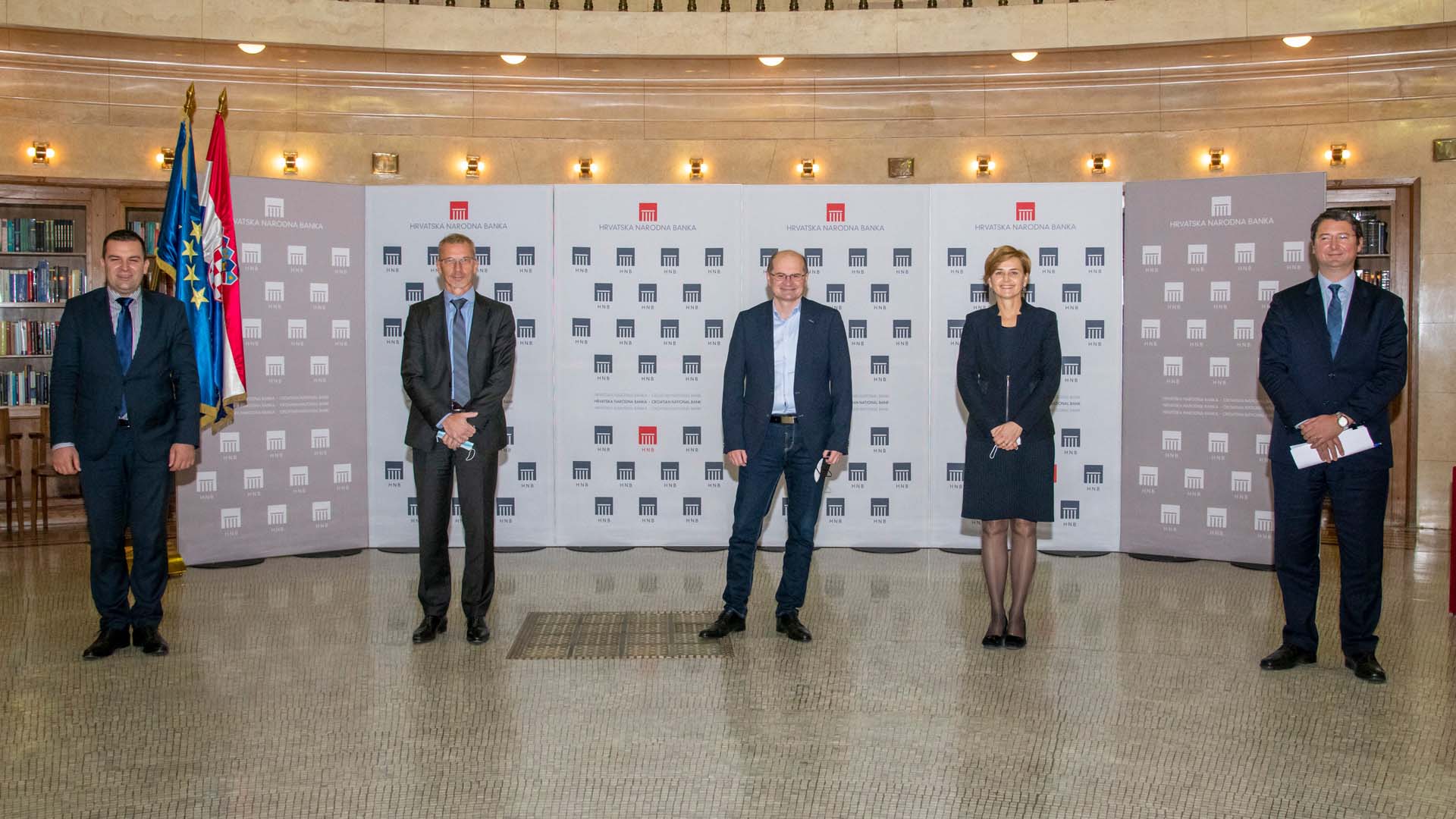 Responding to the initiative and invitation of the Croatian National Bank to deputy clubs of the Croatian Parliament, the CNB management met with the Deputy Club of the Croatian Social Liberal Party and Peoples’ Party – Reformists at the CNB premises today. As a response to the interest expressed by the deputies, the members of the central bank management made a presentation on the National Euro Changeover Plan, as well as the participation in the exchange rate mechanism ERM II. The Governor and the management also discussed other important topics on introducing the euro with the deputies concerned.