Croatia to introduce the euro on 1 January 2023

The Council of the European Union today adopted the Decision on the adoption by Croatia of the euro on 1 January 2023, amendments to the regulation according to which Croatia becomes the 20th member of the euro area and the regulation determining a fixed conversion rate between the euro and the kuna at: 7.53450 kuna per 1 euro.

The Decision was signed by Zbyněk Stanjura, Czech Finance Minister, in his capacity of President of the Economic and Financial Affairs Council (ECOFIN). The European Commission also displayed a banner on the Charlemagne building welcoming Croatia to the euro area with the message: Welcome to the euro, Croatia!

“Croatian citizens and entrepreneurs will have concrete, direct and lasting benefits from Croatia’s joining the euro area. Currency risk will be largely eliminated, Croatia will become more attractive to investors and more secure in times of crisis. The euro is also the key value of the European unity and it will enable us to play an even more active role in the European project. I am truly proud of this great Croatian success,” said Boris Vujčić, CNB Governor.

“We have achieved a strategic goal – Croatia is becoming a member of the euro area on 1 January 2023! The introduction of the euro will make our economy more resilient and raise the standard of living of the population in a long term. The membership of the euro area also provides higher security for Croatia and our citizens in times of crisis. We have worked hard and for a long time on this project because we firmly believe that joining the euro area is the national interest of Croatia,” said Prime Minister Andrej Plenković. 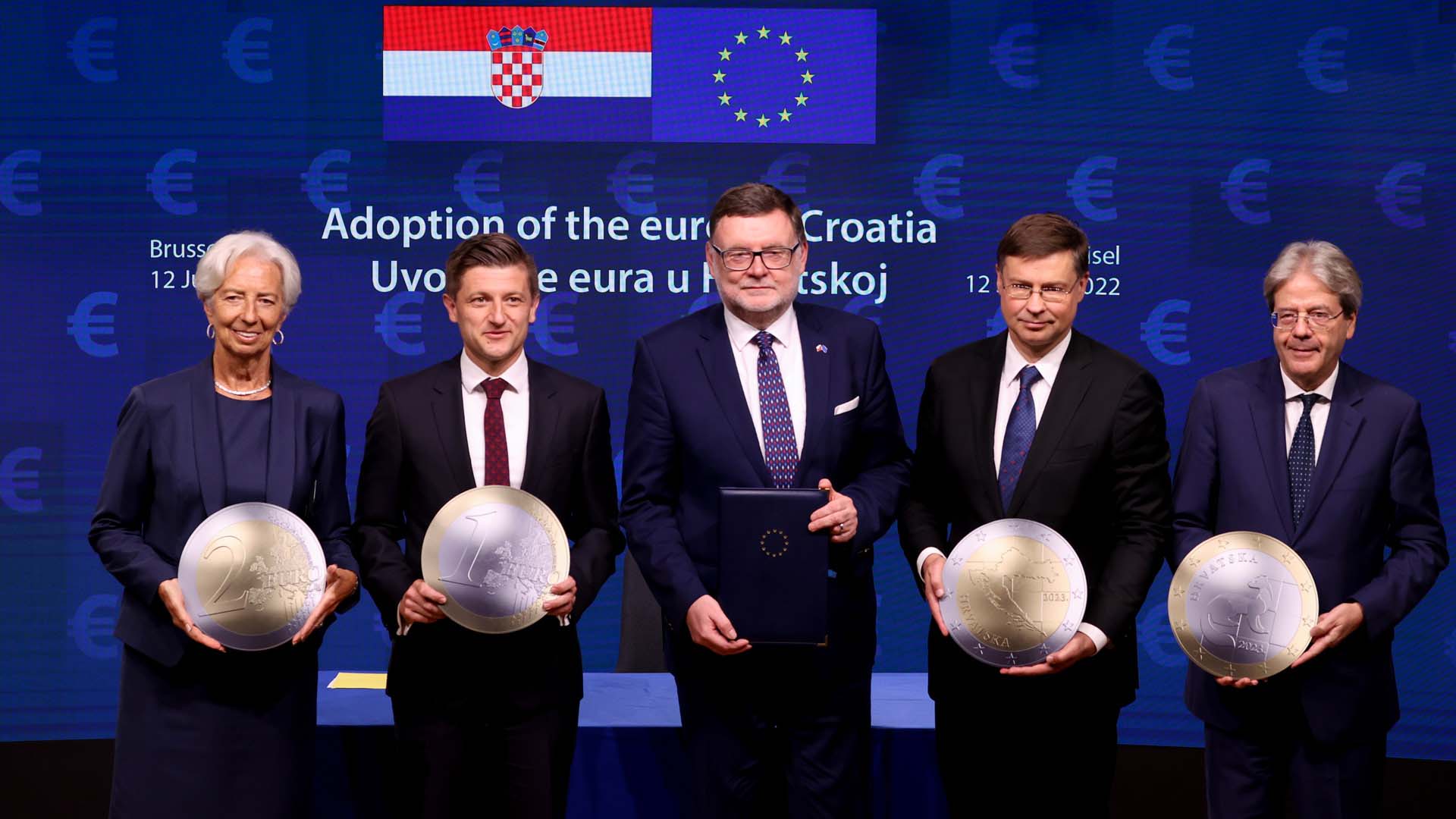