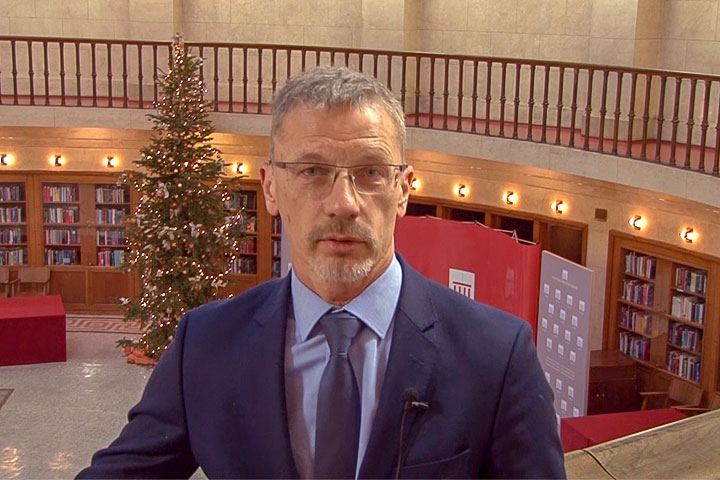 The Banker magazine (the Financial Times group), which has been monitoring global financial developments since 1926, named in its January edition, as every year, the best regional and global central bank governor of the year, based on the opinion of its editorial board and the survey carried out among bankers and economic analysts.

Željko Rohatinski, former CNB Governor, received the same award from The Banker for 2008.

The article published in The Banker on the award to the Governor of the Croatian National Bank notes the multitasking ability of Boris Vujčić: "For seven years until Croatia’s accession in 2013, he was deputy chief negotiator in the country’s successful bid to join the EU. During this period, he was also deputy governor of the Croatian National Bank, then governor from 2012. These days he combines running the central bank with designing Croatia’s strategy to join the eurozone, as well as chairing the steering committee of the Vienna Initiative."

The article further notes that "Little known outside the region, the Vienna Initiative began in 2009 at the height of the global financial crisis as a means for ensuring the financial stability of emerging economies in central and eastern Europe. The fear was that large western and northern European banks, which dominated their financial systems, would withdraw loans and spark a devastating credit crunch. The Vienna Initiative has since grown to 17 regional countries, together with international financial institutions, the European Commission and several large European commercial lenders.

As of March 2018, non-performing loans (NPLs) for the 17 countries had gone down to EUR 38.3bn, or 4.2% of total loans, levels “where we don’t see them any more as a serious threat”, says Mr Vujčić. With the Croatian central bank governor at the helm, the Vienna Initiative has now broadened its remit to discussing issues such as financing innovation. This is important to the region as the ‘catch-up’ growth model, based on access to the EU market and abundant low-wage, skilled labour, shows signs of running out of steam".

The Banker also mentions the CNB's role in preserving Croatia's financial stability as well as banking stability during the Agrokor crisis, as five years before the onset of the crisis, the Croatian National Bank started to prevent excessive exposure of banks to that conglomerate. The article also mentions that the CNB Governor has been outspoken about the need for structural reforms – particularly in education, in order to create competencies needed for the market dominated by innovations and technological development, as well as for smart immigration policy as one of the measures to address the problem of labour shortage in Croatia.

In response to the award of The Banker, the CNB Governor stated: "I feel extremely honoured; this is a great recognition, both for the Croatian National Bank and for me personally. This award gives us additional motivation to continue pursuing our objectives – maintaining price stability and exchange rate stability, so that all citizens of the Republic of Croatia can rest assured that what they own or what they will earn will not lose its value. We also keep in mind Croatian enterprises and the safety of their financial operations and financing options. We will continue to monitor banks in order to maintain financial stability as well as enhance consumers' rights and their financial awareness. The successful achievement of our objectives would contribute to a better environment for economic growth and development of the entire country. Finally, we believe – and we will communicate with this in mind with all citizens and enterprises, provide information and answer any question or dilemma – that accession to the eurozone may provide additional stimulus to economic growth and development, make our country stronger within the European framework and thus advance the prosperity of each and every citizen of the Republic of Croatia."

The video statement of Governor Vujčić about The Banker award may be downloaded from the following link.