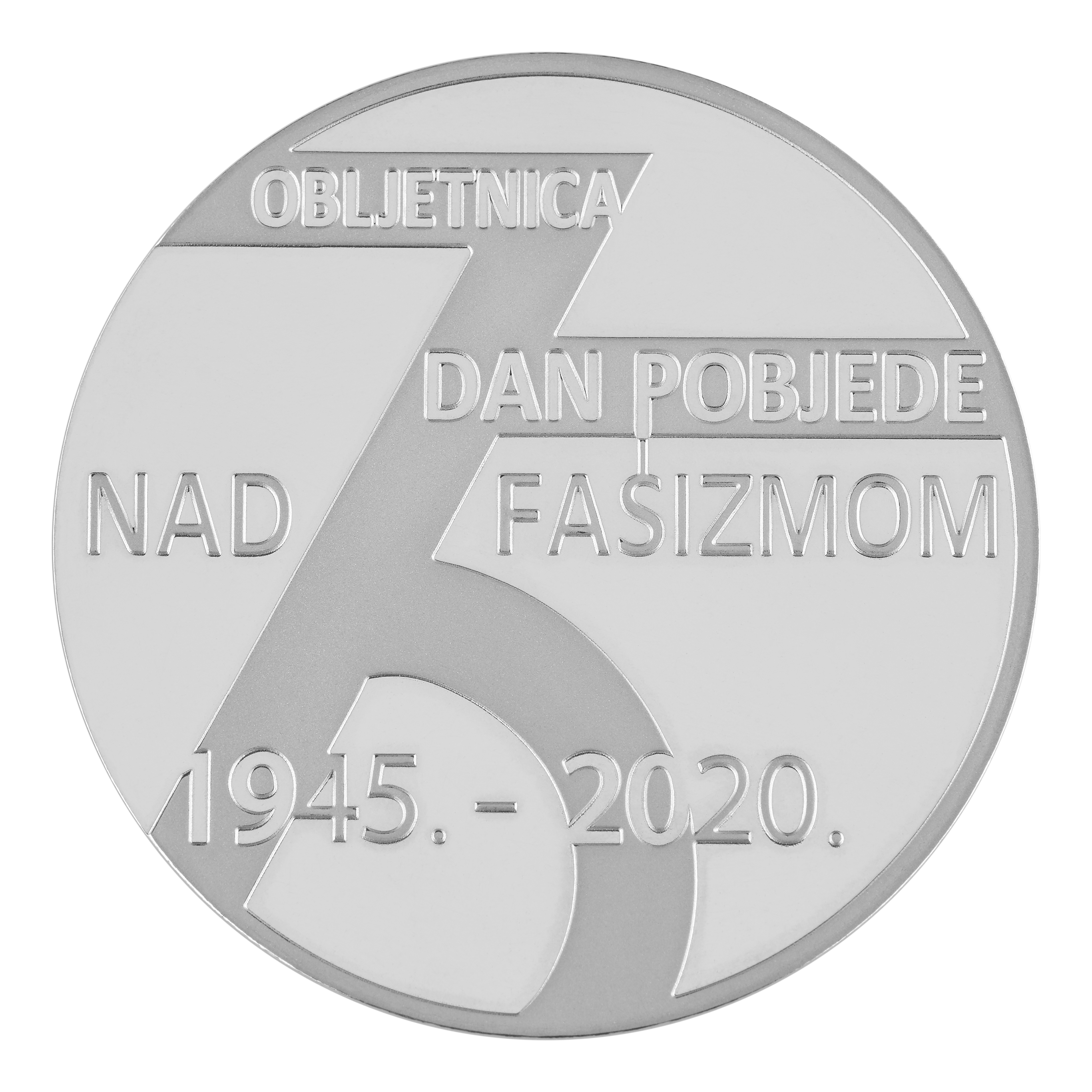 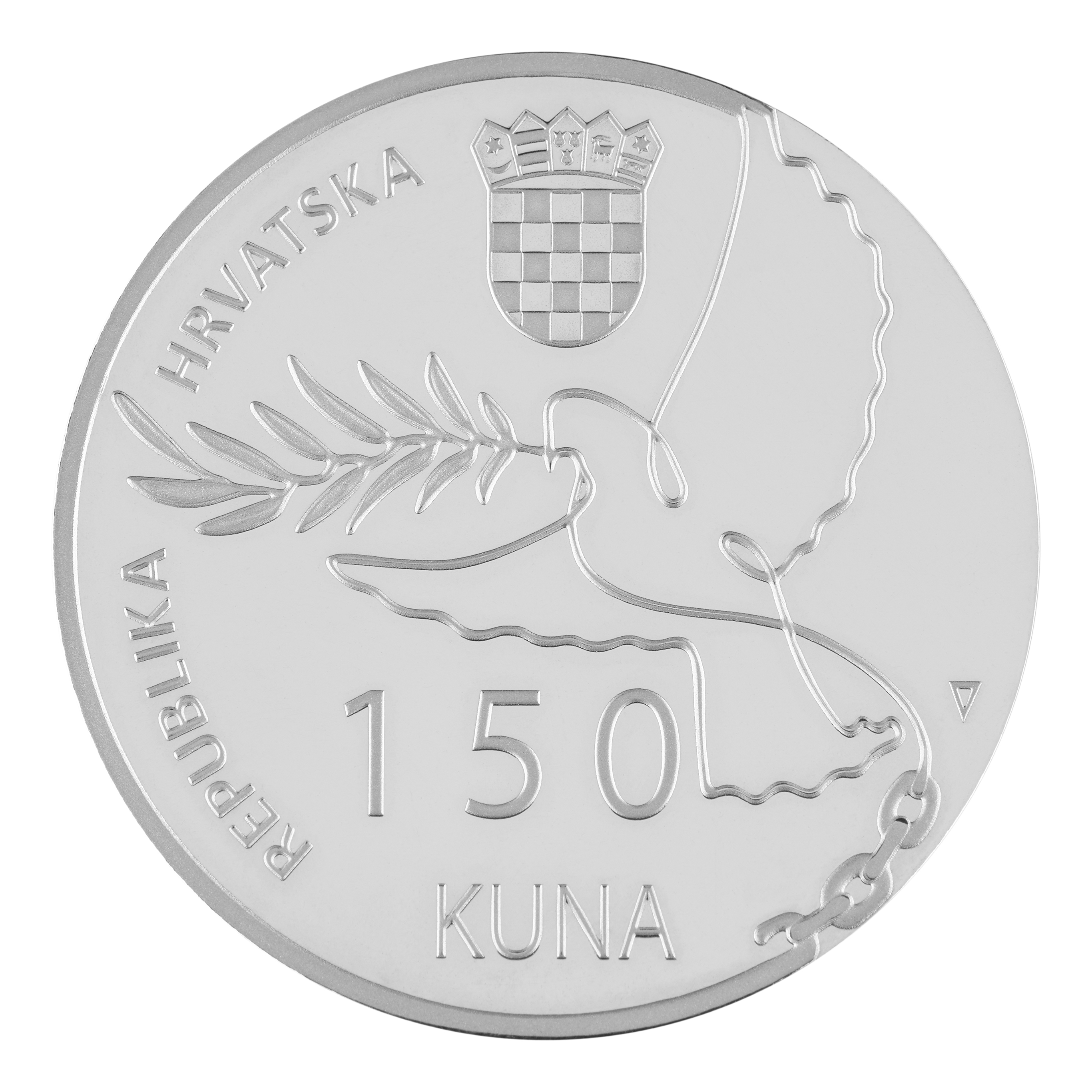 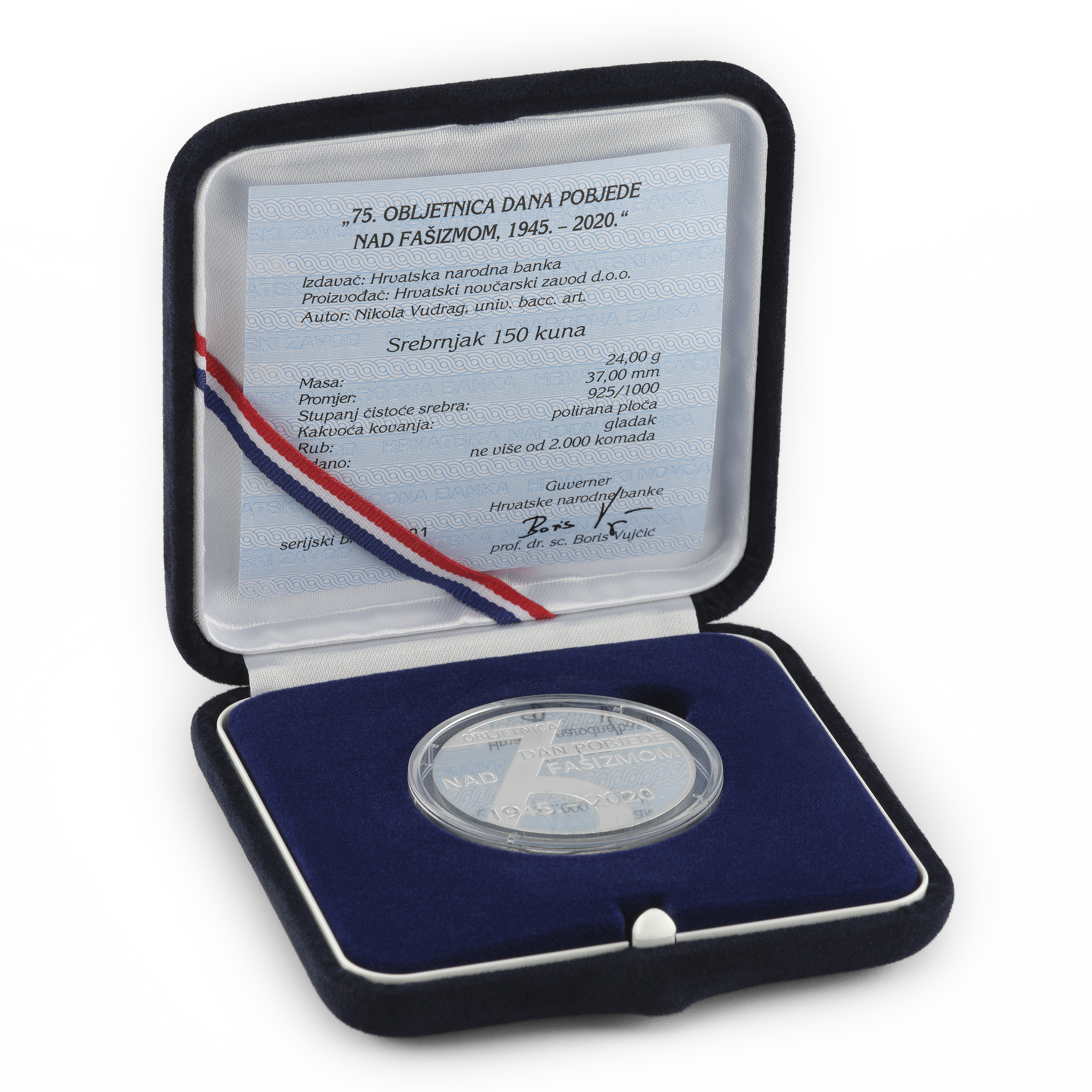 The Croatian National Bank has issued a commemorative silver coin marking the 75th anniversary of Victory over Fascism Day (9 May 1945 – 9 May 2020), a historical event of major significance for Croatia and the world: on this day the unconditional capitulation of Nazi Germany brought an end to the Second World War and fascism and Nazism in Europe were defeated.

The commemorative silver coin was minted in proof quality with brilliant flat surfaces decorated with matte relief details showing commemorative motifs. It was released for sale on 19 June 2020.

Shown below are technical characteristics and the number of items issued.

The Decision on the issue and sale of the commemorative silver coin "75th ANNIVERSARY OF VICTORY OVER FASCISM DAY, 1945 – 2020" was published in the Official Gazette 69/2020.

The design of the silver coin is by the sculptor Nikola Vudrag.