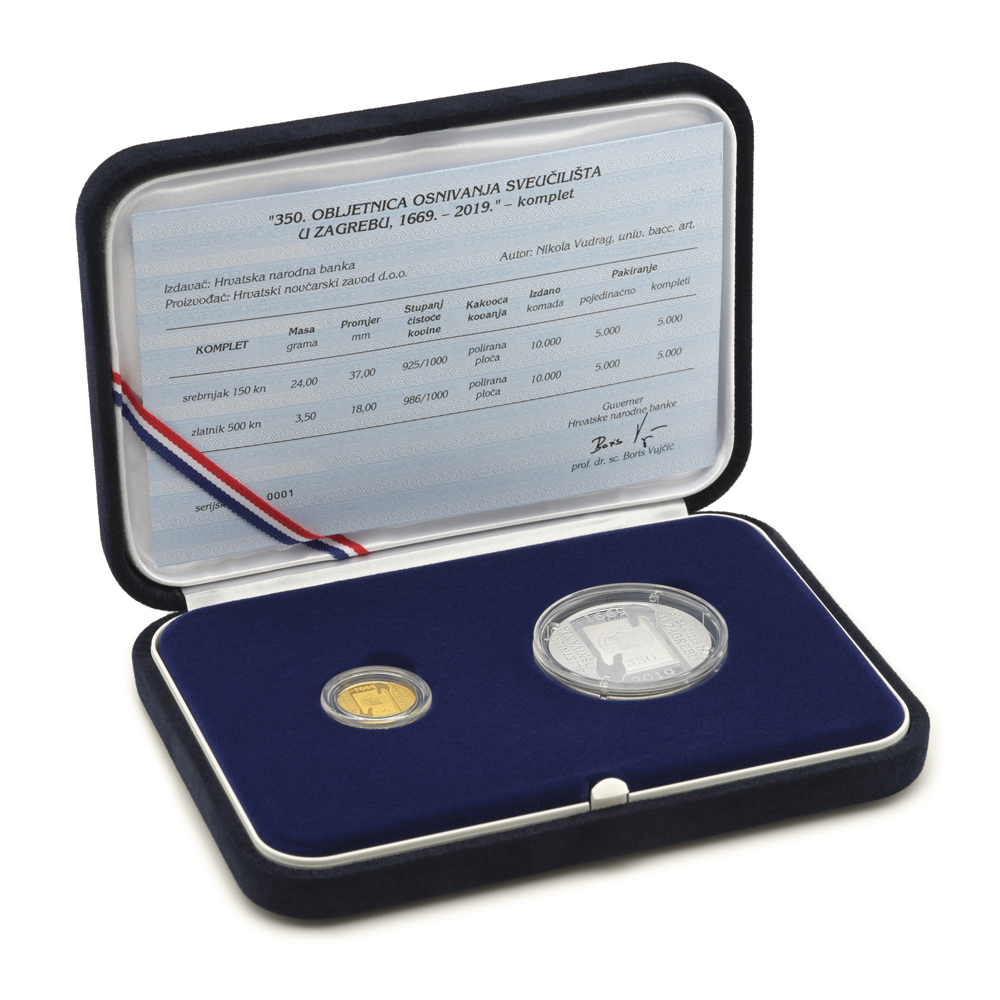 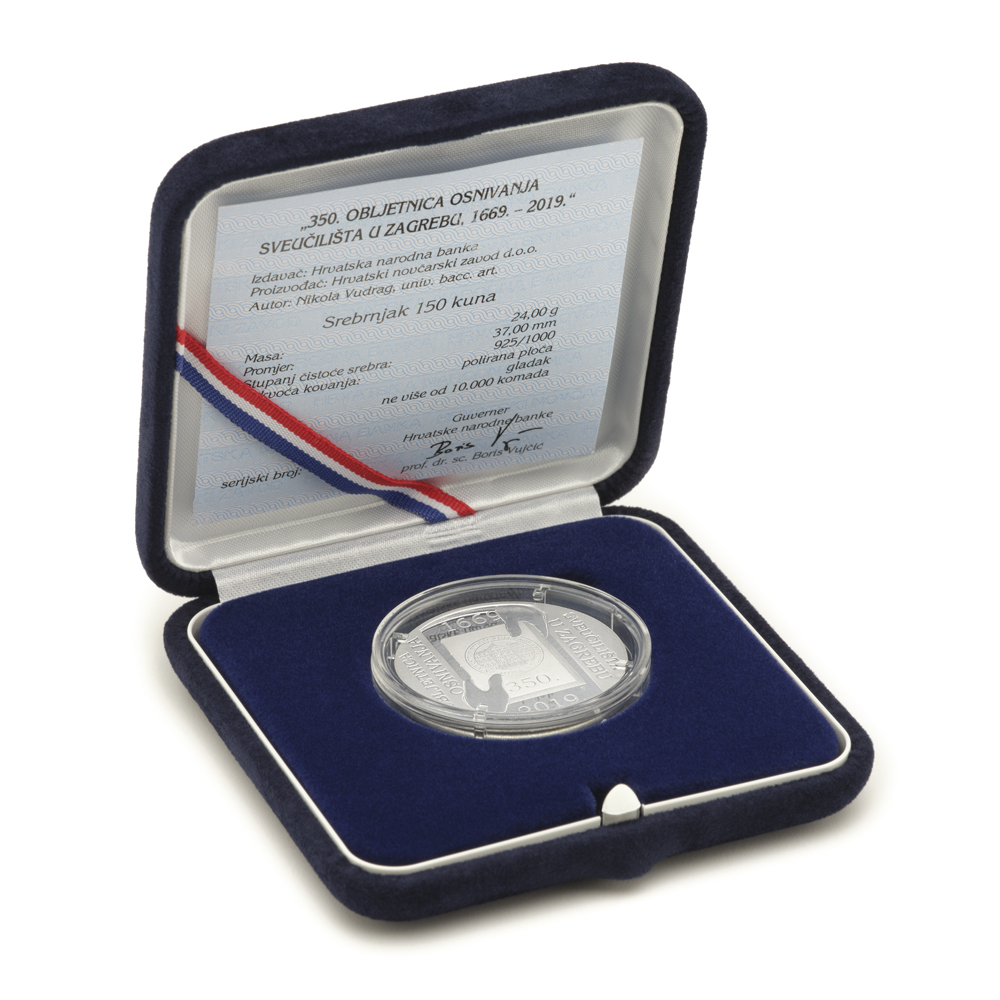 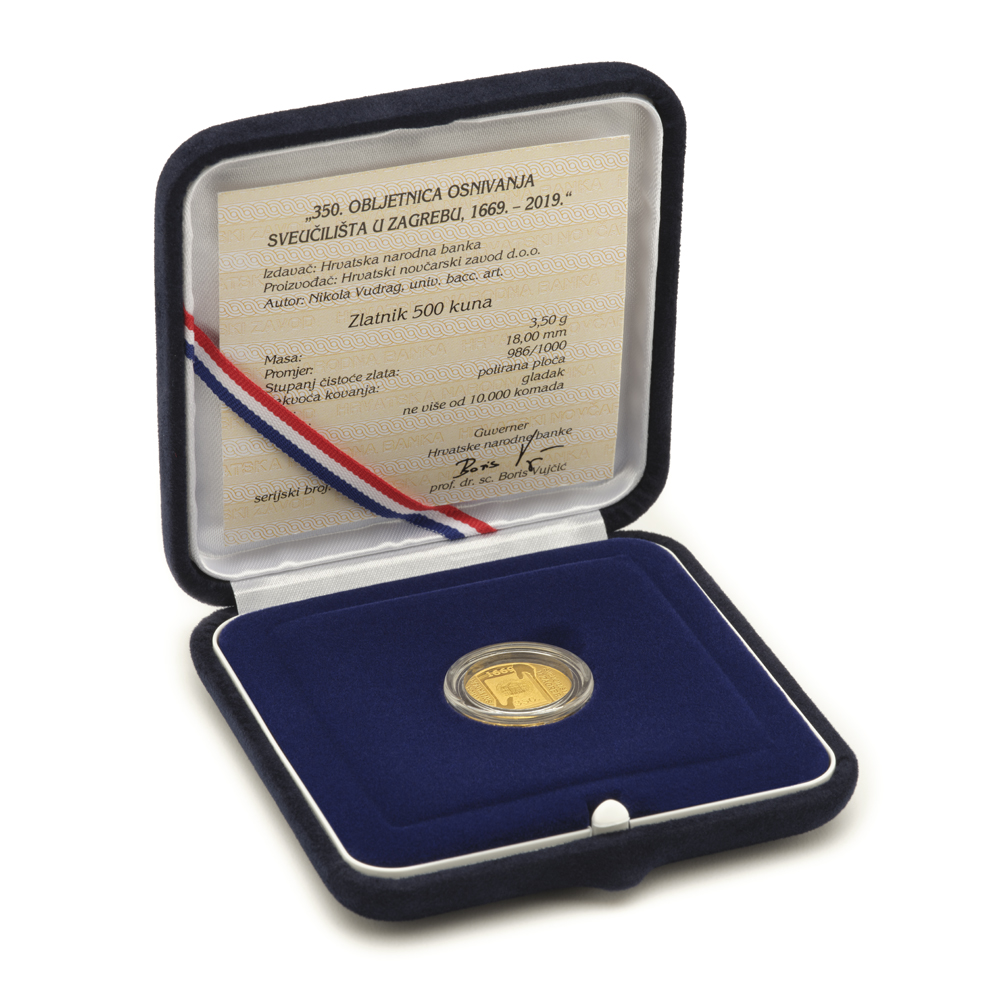 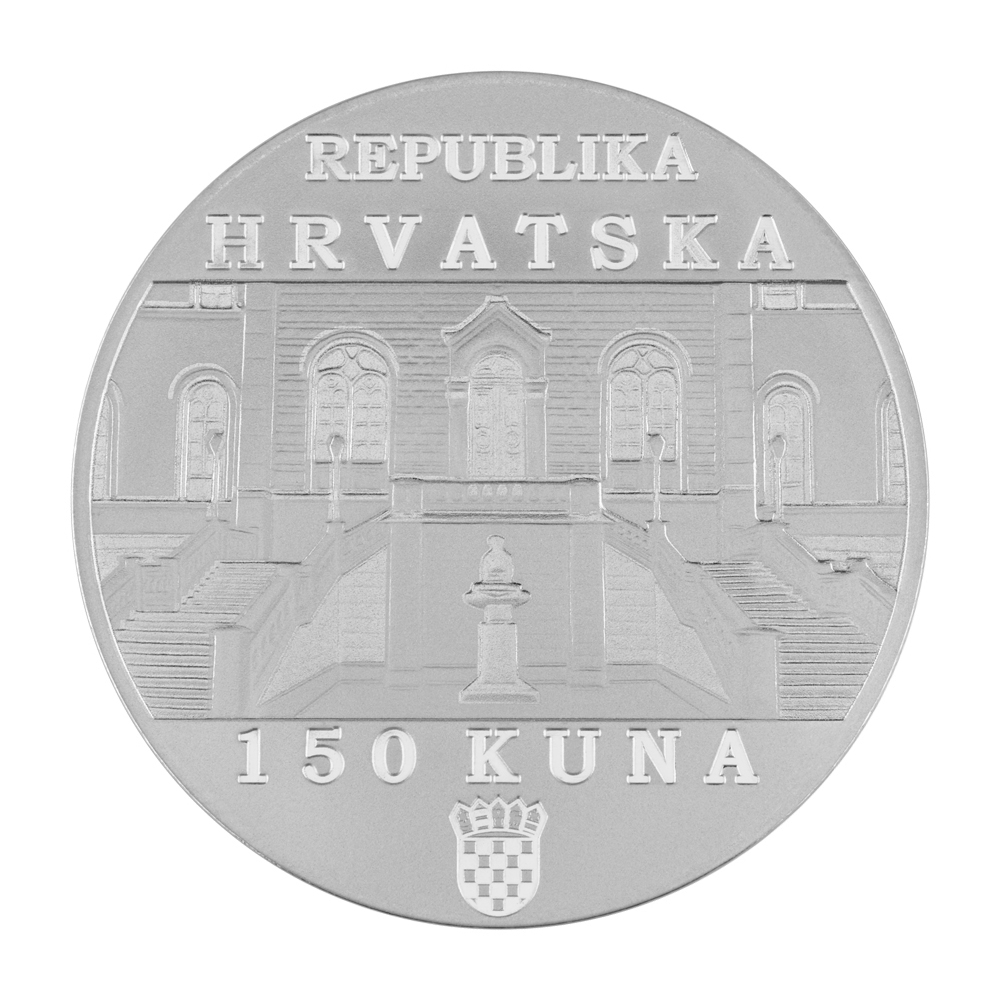 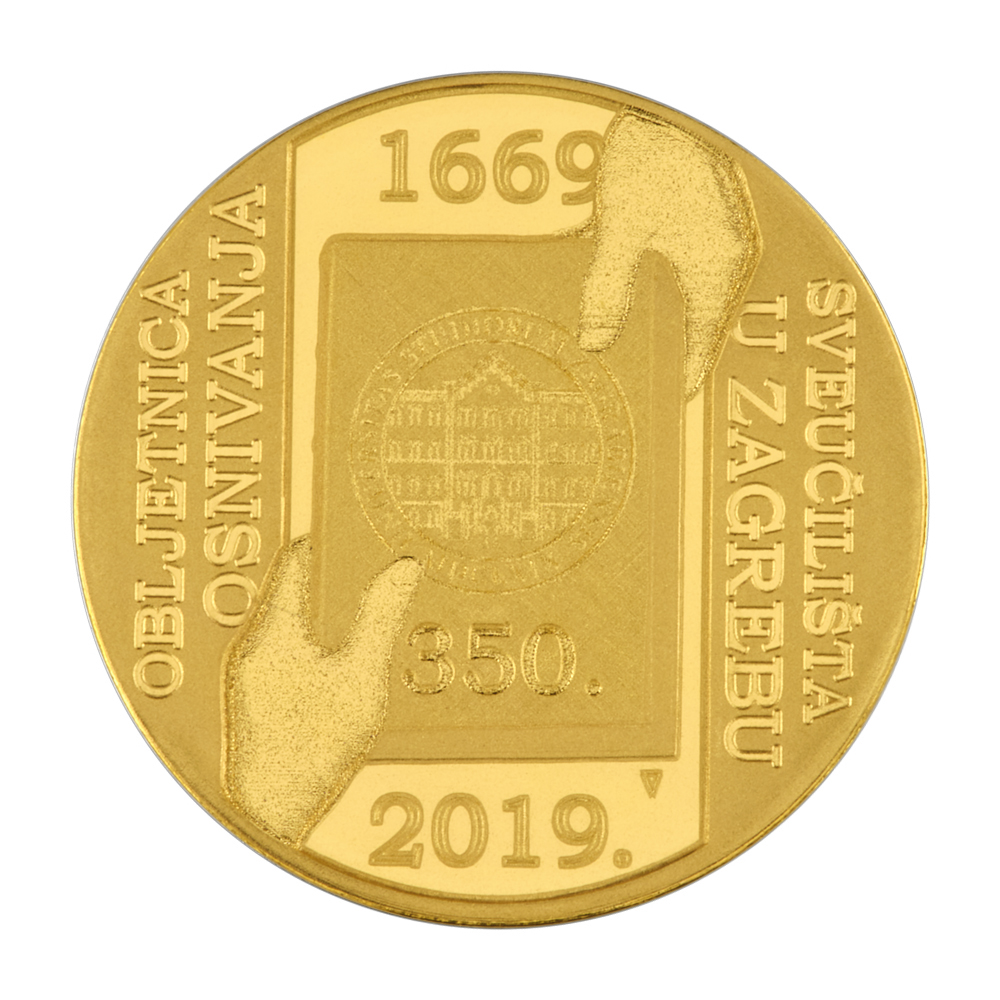 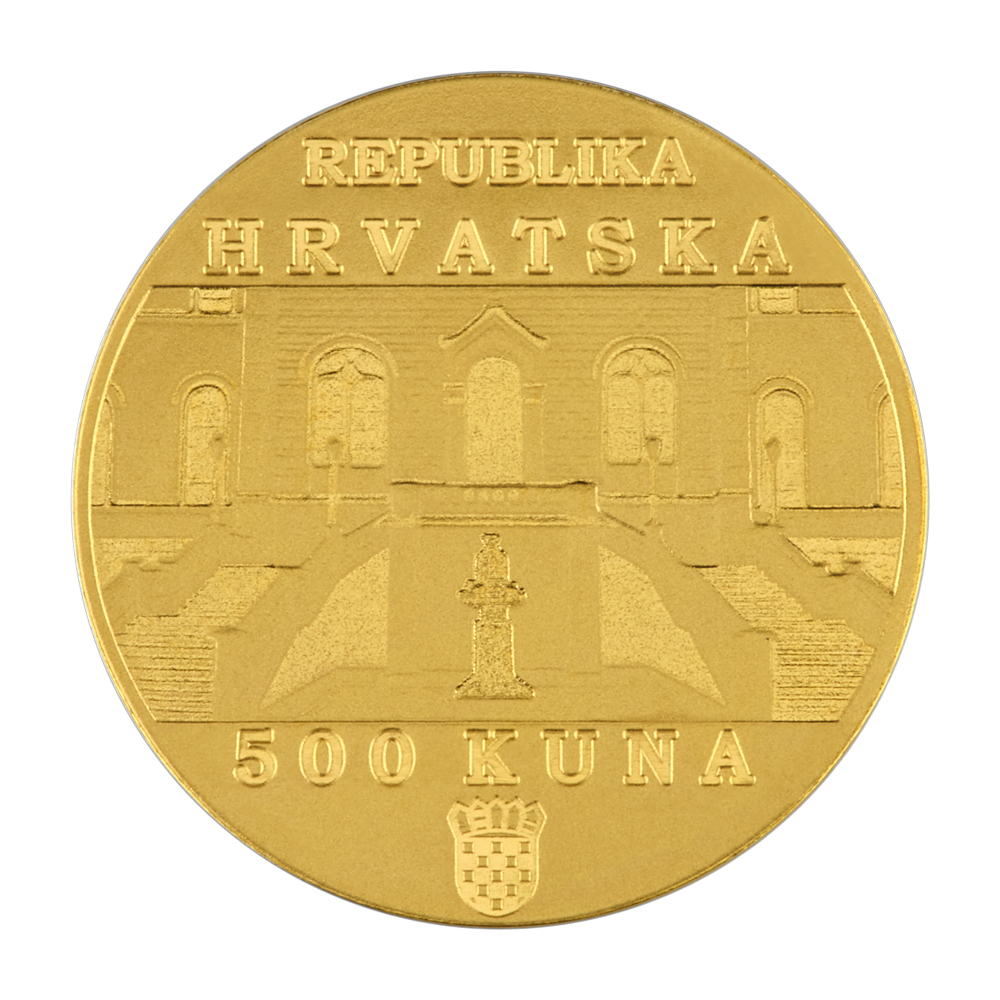 The Croatian National Bank has issued commemorative gold and silver coins and their numismatic sets marking the 350th anniversary of the founding of the University of Zagreb (1669 – 2019), an important historical, political, scientific and cultural event for the Republic of Croatia.

The commemorative gold and silver coins were minted in proof quality with the brilliant surface decorated with opaque relief details showing commemorative motifs. They will be released for sale on 23 September 2020.

The Decision on the issue and sale of commemorative silver coins “350th ANNIVERSARY OF THE FOUNDING OF THE UNIVERSITY OF ZAGREB, 1669 – 2019” was published in the Official Gazette No. 101/2020.

The design of the gold and silver coins is by the sculptor Nikola Vudrag.

The issues were minted by the Croatian Monetary Institute.