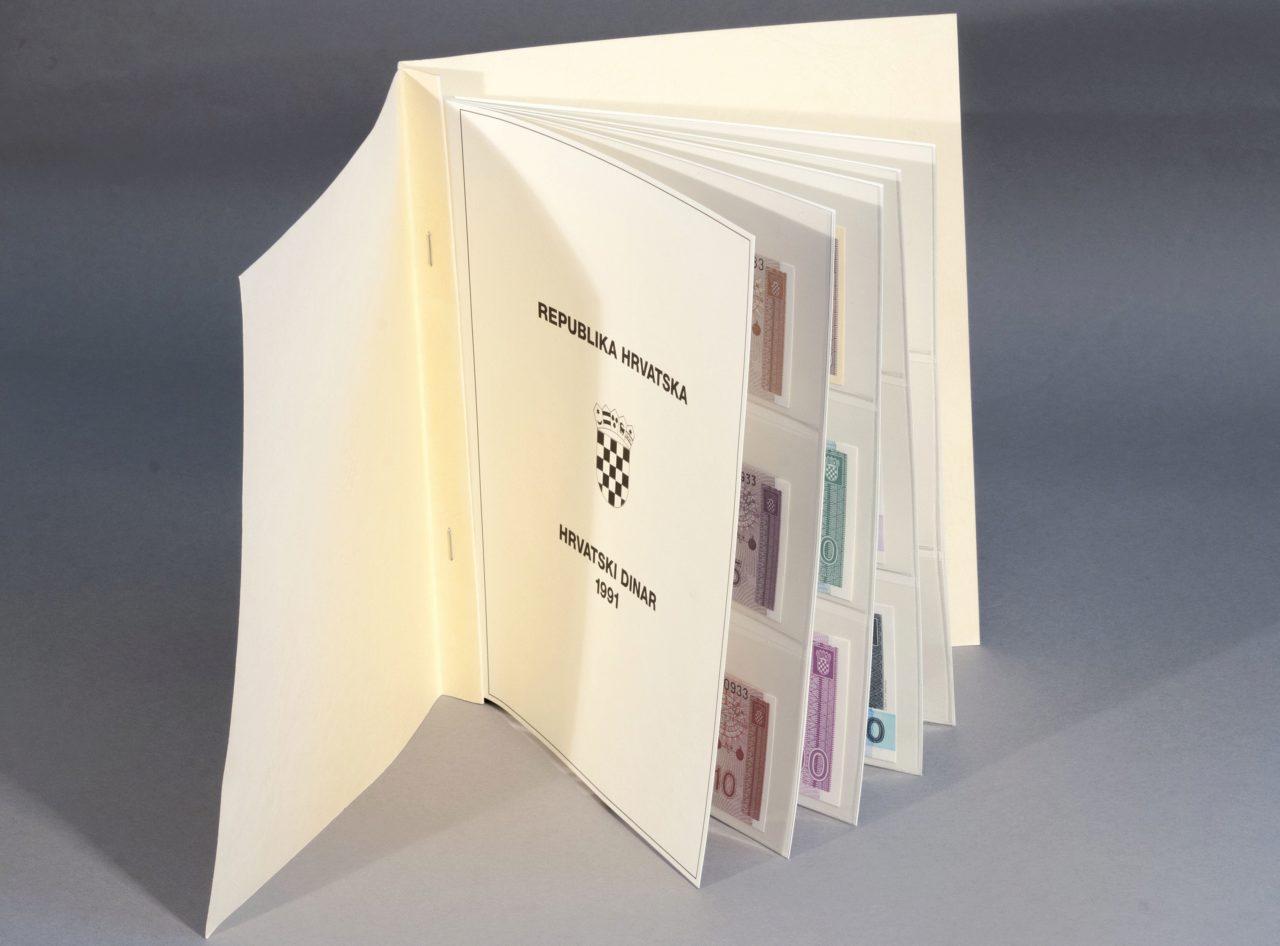 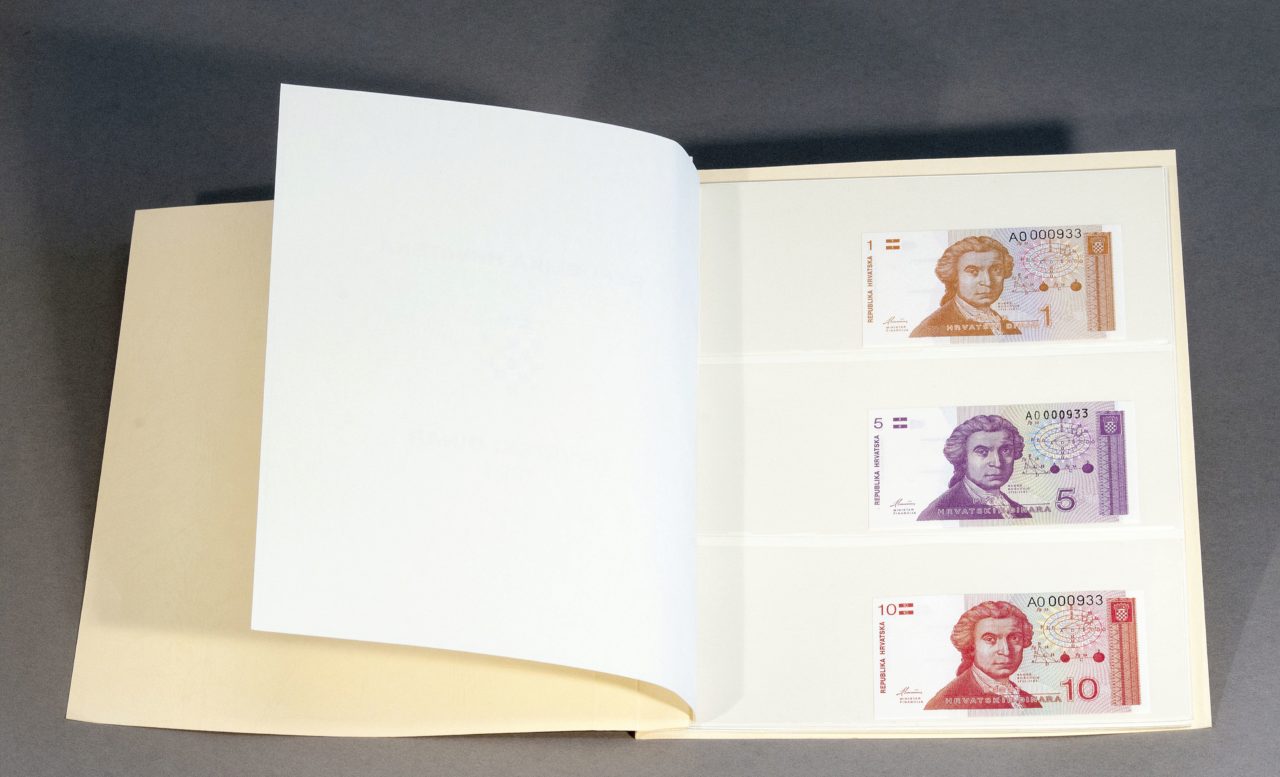 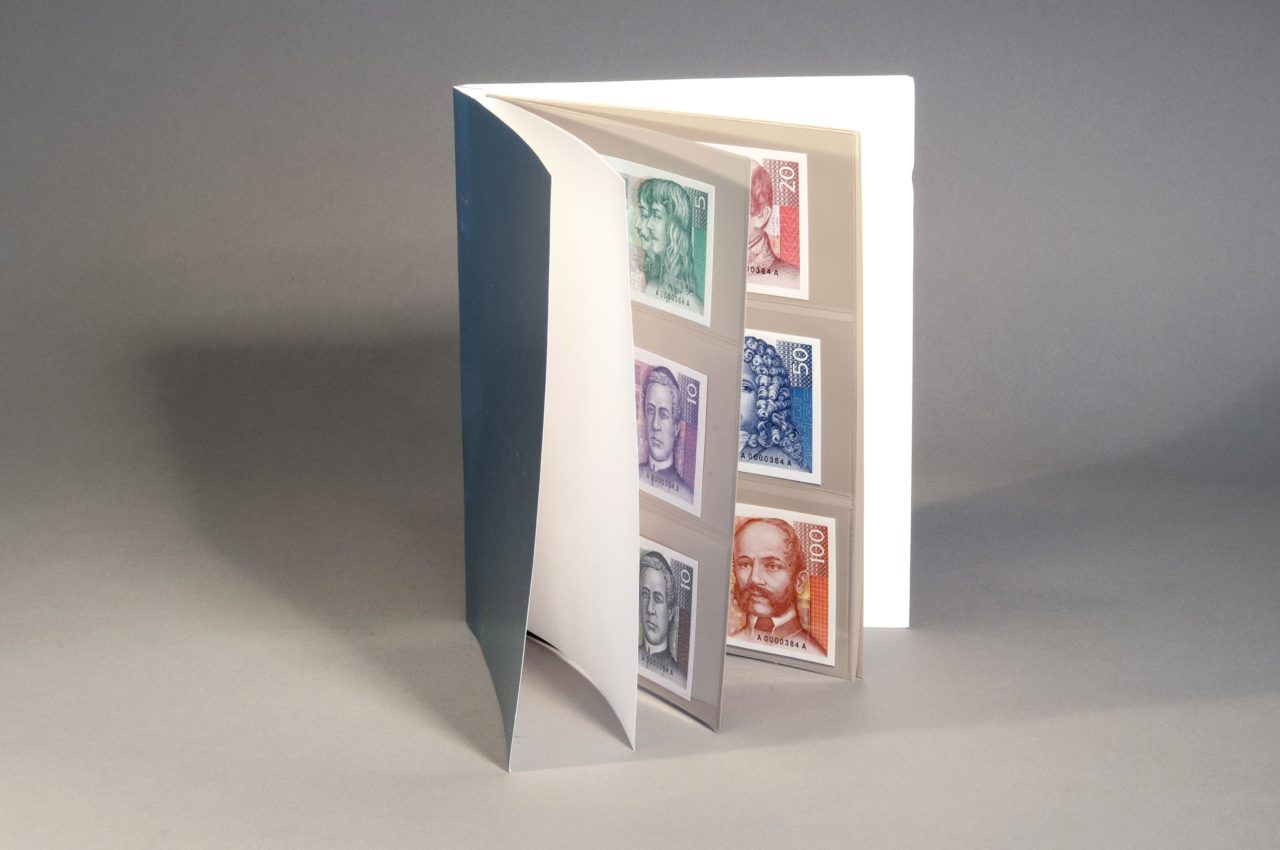 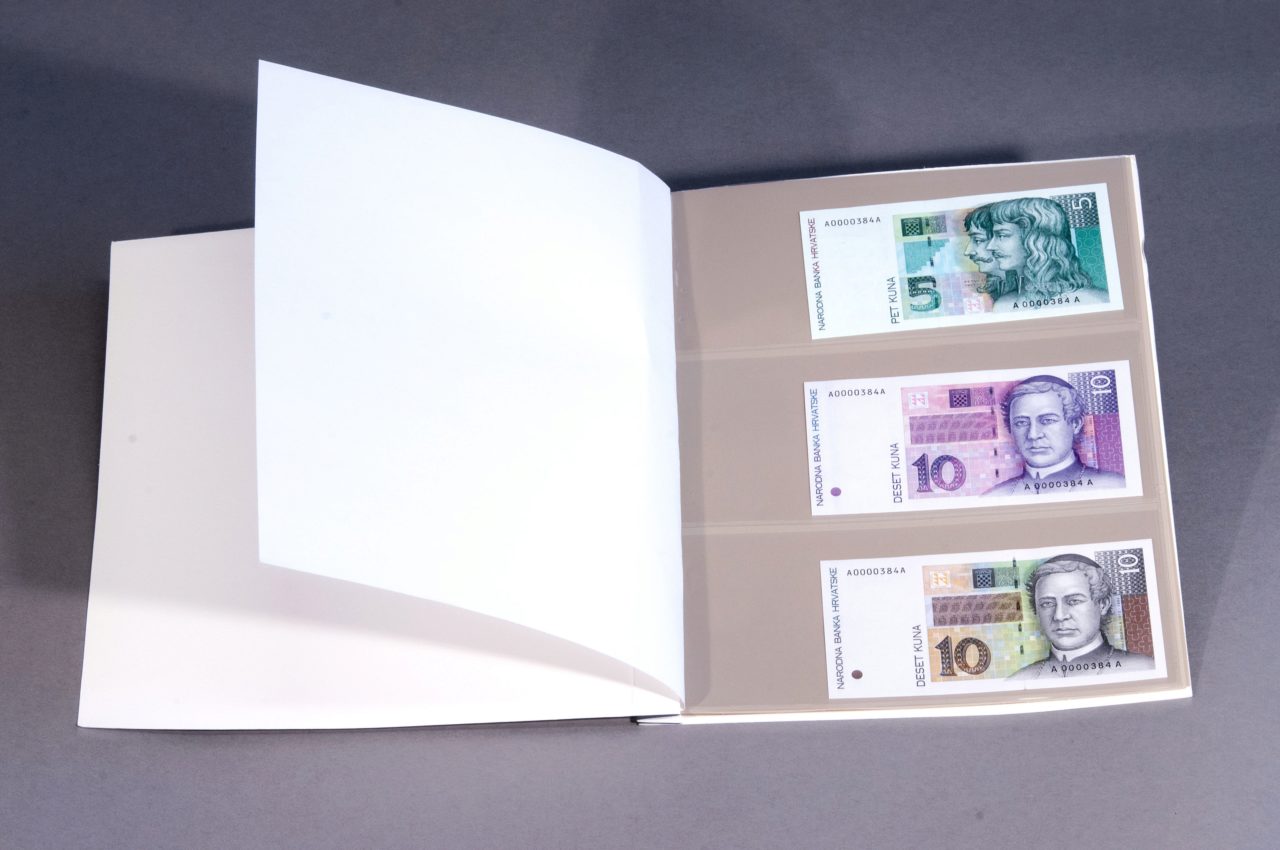 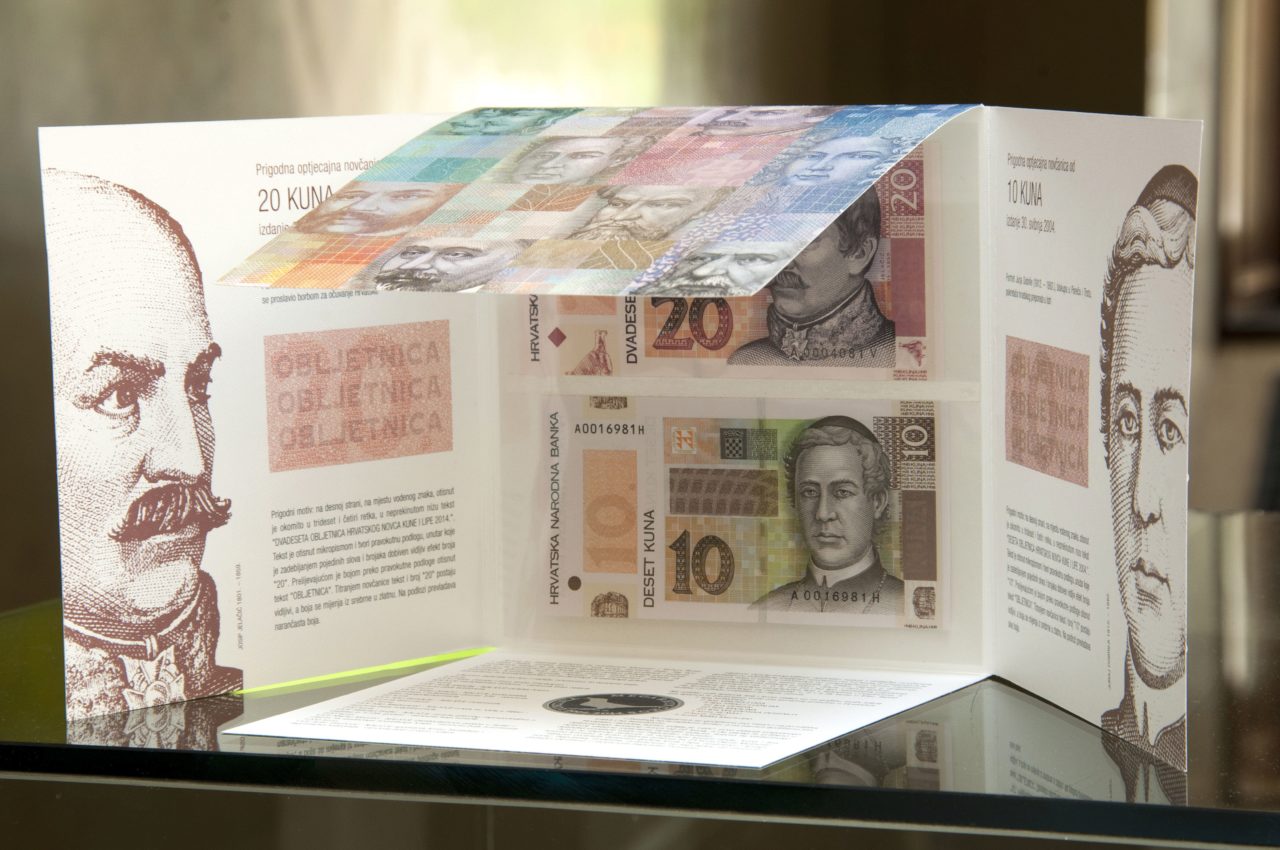 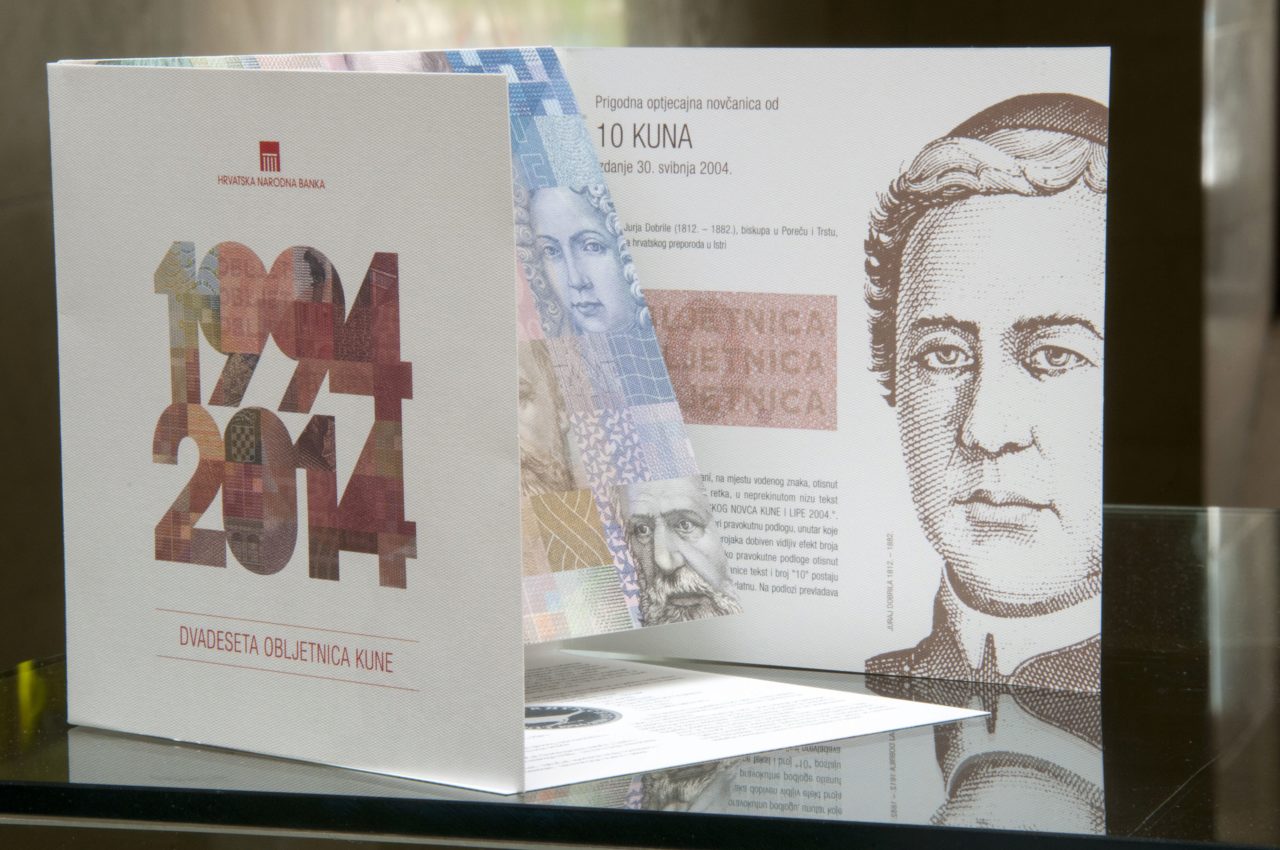 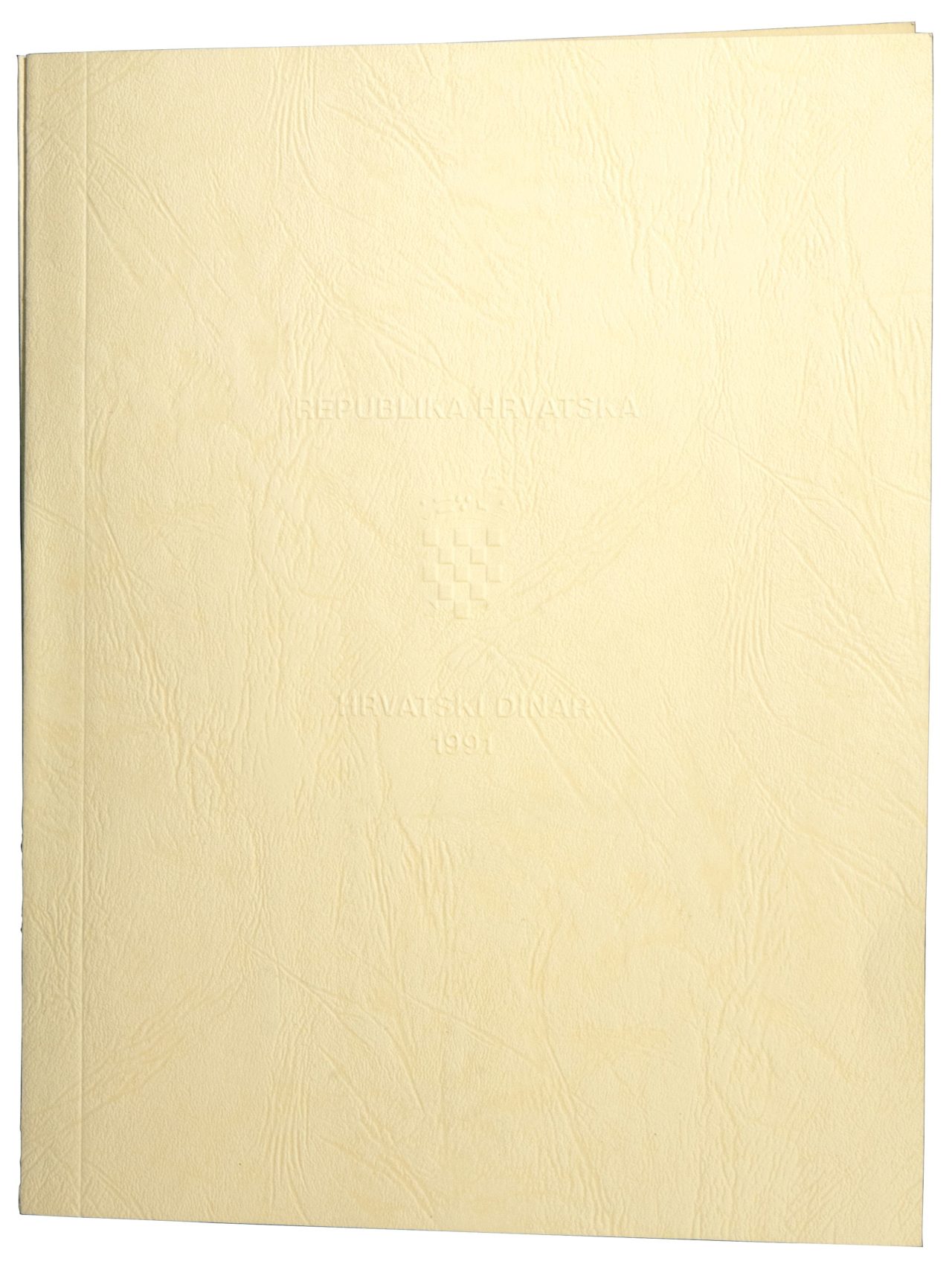 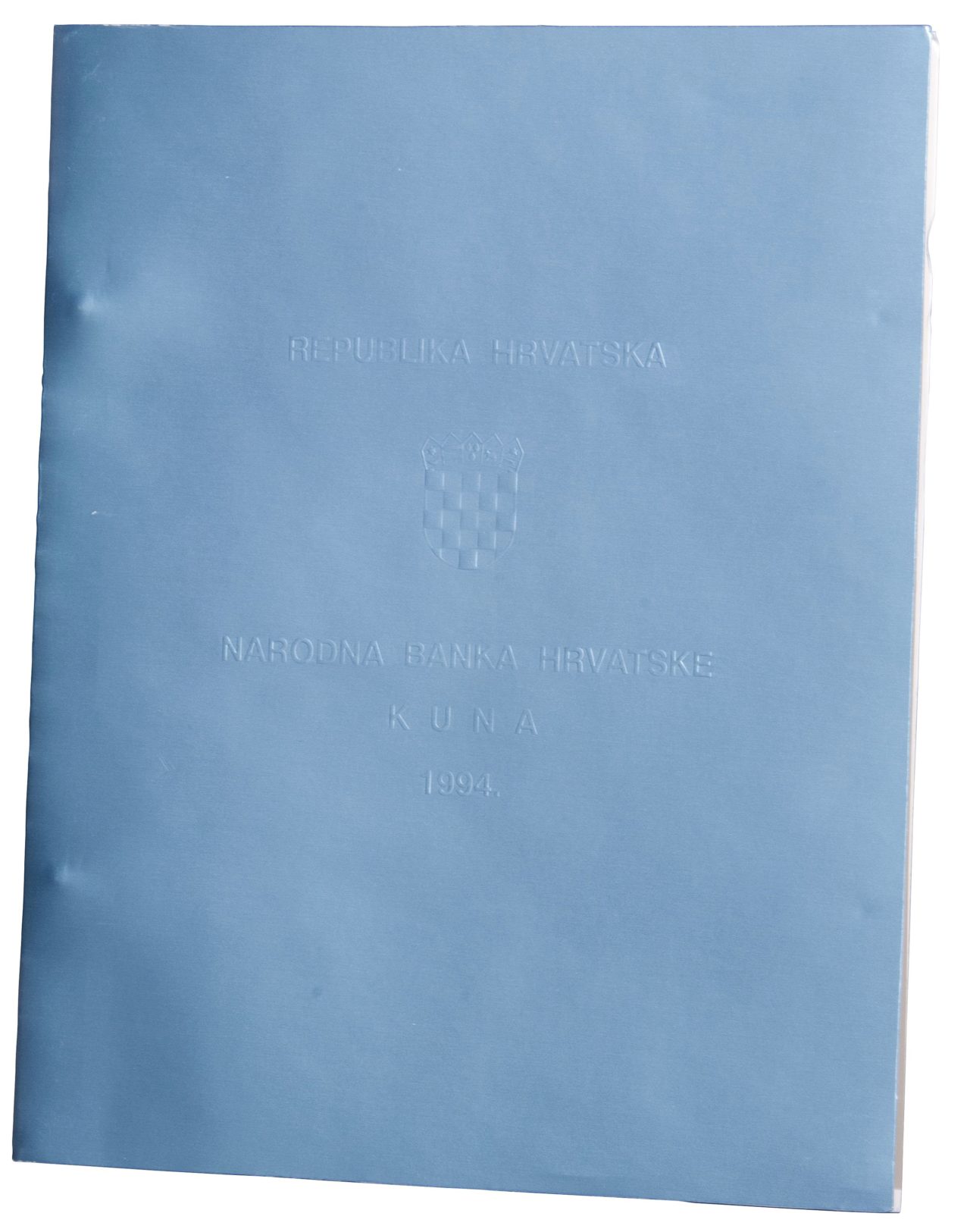 The Croatian National Bank has produced and released for sale collectors' sets of Croatian dinar and kuna banknotes.

The banknotes are placed in special folders consisting of covers and plastic sheet inserts with interleaving. The banknotes making up the sets have not been in circulation and are in perfect condition. All the banknotes in a set have the same serial letters and numbers.

The Croatian dinar banknote design is by Zlatko Jakuš.

Shown in the table below are the number of sets.