Eurostat and Croatian Bureau of Statistics representatives meet at CNB 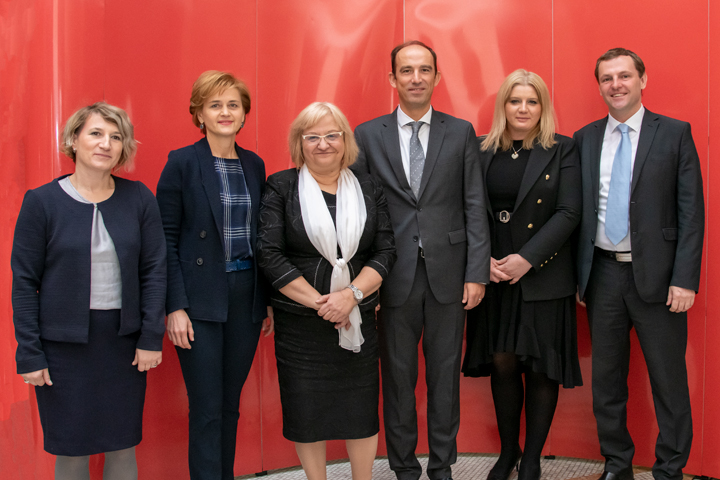 Furthermore, the cooperation between the Croatian National Bank and Eurostat has been constantly implemented through the obligation to submit selected statistical indicators. In addition, the CNB’s Statistics Area employees participate in Eurostat’s working bodies in the field of statistics of international relations, international trade in services, foreign affiliates and government finance, as well as in the work of the EU umbrella bodies in charge of coordination of the development of the common methodologies of the European Statistical System and the European System of Central Banks in the field of statistics.

Under the Action Plan for Joining the Exchange Rate Mechanism II (ERM II) and the Banking Union, the Republic of Croatia has also, among other things, undertaken to implement reforms in the field of statistics that include the improvement of collection, production and dissemination of statistics. In this context, the official statistics authorities are expected to enhance the availability of data sources and provide a higher degree of dissemination of statistics, which was also a topic discussed at the meeting. The Eurostat representatives welcomed the proposed measures for improvement, which are also part of the Action Plan.

The representatives of Eurostat, the Croatian Bureau of Statistics and the Croatian National Bank assessed the cooperation of the three institutions so far as very constructive and expressed their belief that such positive cooperation in all important joint projects will continue in the future.