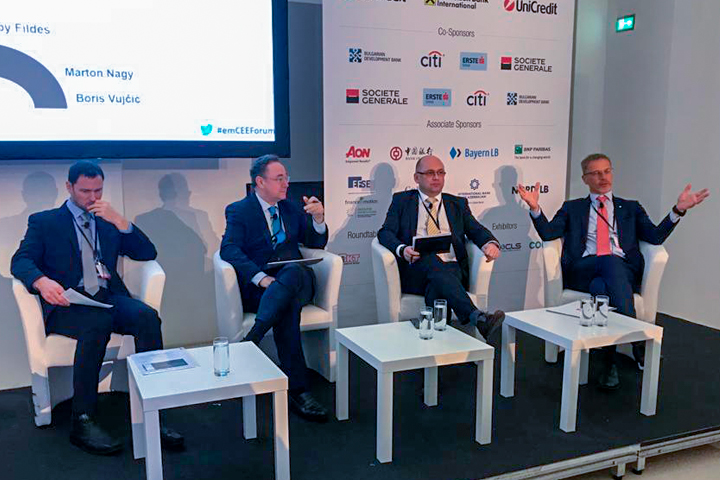 The role of central banks today and their independence, the benefits of quantitative easing and the impact of European demographic trends on interest rates were among the interesting topics discussed by the participants of the panel on monetary policy, including CNB Governor Vujčić. The panel, organised by the Euromoney Conferences within the 25th CEE Forum, took place on 14 and 15 January in Vienna.

Nobody talks about the role of the ECB as banking supervisor – we focus too much on monetary policy, but clearly we need consolidation in the banking system, said Governor Vujčić.

As regards demographic trends in Europe and Japan, another problem besides population decline is population ageing, Vujčić added. In 2019, about 21% of the Croatian population was older than 65, and this ratio could rise to 35% in 2100. In Europe, the percentage could rise from 19% to 30% in the same period, whereas in Japan, where it is already close to 29%, it is expected to reach about 37% in 2100.

Population ageing could cause savings to decrease and interest rates to rise, because elderly people save less than the active working population. However, if investments do not increase considerably, interest rates will remain low.

Commenting on the topic of the relevance of the Phillips Curve today, Governor Vujčić said that, according to its estimate for the euro area, the low wage growth was primarily due to high unemployment, low inflation and low productivity growth. However, while the Phillips Curve and its determinants do provide a relevant explanation for the wage growth in the CEE countries, the impact of stagnation in the labour marked on wages lessened in the post-crisis period. In addition, adverse demographic trends, emigration and labour shortage are also related to higher wages.

The Croatian Governor was joined on the panel by the representatives of the central banks of the Czech Republic, Slovenia and Hungary.