Digitalisation is an opportunity to rationalise costs 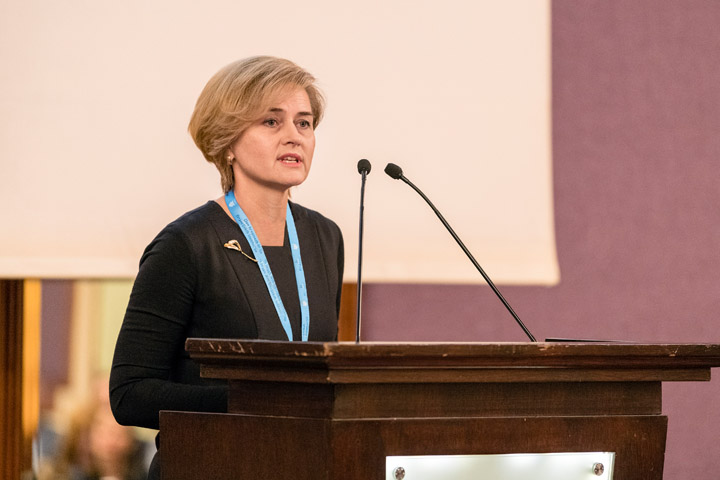 While there are no formal criteria for entry to the ERM II, each candidate country, besides being obliged to maintain macroeconomic stability, has to implement the new EU institutional framework, which involves participation in the banking union via close cooperation with the ECB, said Deputy Governor Sandra Švaljek at the conference Day of Croatian Financial Institutions, organised by the Croatian Chamber of Economy on 12 November 2019 in Zagreb.

In May this year, the ECB was submitted a request to establish close cooperation with the CNB. The beginning of close cooperation implies Croatia’s entry to the ERM II and participation in the Single Supervisory Mechanism, added the Deputy Governor.

The preparations for the establishment of close cooperation with the ECB involve adopting legislative amendments in the area of bank supervision and rehabilitation. Once this cooperation is established, the CNB will be on an equal footing with other competent national authorities of member states participating in the Single Supervisory Mechanism, explained the Deputy Governor. This means that the CNB will be identifying significant institutions, directly supervised by the ECB, and less significant banks, directly supervised by the CNB. The CNB will be setting up Joint Supervisory Teams to carry out supervision of significant institutions, and its representatives will participate in the ECB Supervisory Board with the same rights and obligations as other board members, including voting rights.

The Deputy Governor pointed out the predominantly positive trends in the banking system, with the capital adequacy ratio standing at almost 23% and the average credit risk weight having dropped to its historical low. Liquidity coverage ratios are also favourable and well above the regulatory minimum: the overall system’s liquidity coverage is at 182% almost twice as high as the minimum requirement of 100%.

Due to a stable net interest rate spread and decrease in credit risk, banking system profitability has increased, while the NPL ratio stood at 7% at the end of June 2018, down by six percentage points from mid-2016. With the diminishing room for generating interest income, banks have turned to non-collateralised general-purpose loans, which at the end of June accounted for 30% of total interest income. In response to increased risk from such loans, the CNB has issued a recommendation on actions in granting non-housing consumer loans.

The Croatian banking system's cost efficiency needs to be improved: the cost-to-income ratio is on the decrease, while operating costs per unit of assets are high and are covered only thanks to the high net interest rate spread. Digitalisation has offered banks an opportunity to rationalise costs, while the relatively high unit costs related to it are partly due to a small share of internet banking users resulting from a low digitalisation level.

The Deputy Governor concluded by emphasising the main challenge before the domestic banking system: the environment of low interest rates limits the profitability of banks, making them search for yields by increasing credit portfolio risk through non-collateralised household loans and trying to raise non-interest income. In addition, ongoing market consolidation has a favourable impact on the sector’s performance, as the economies of scale influence costs and the most vulnerable banks are removed from the market. Competition from fintech companies in the EU has been of a limited scope, but big tech companies, together with the liberalisation of payment operations, could bring about significant changes to the market. Digitalisation and economies of access introduce further changes to the functioning of the market. However, investment in digitalisation takes long and can involve considerable costs, which is why banks are recommended to participate in innovation ecosystems and cooperate with partners in the market. 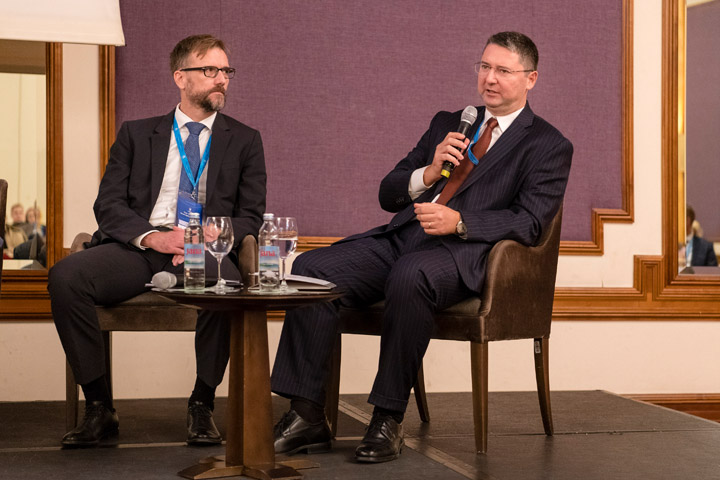 Surveys on the adoption of the euro have shown that Croatian citizens are insufficiently aware of the benefits that the euro brings both to them and to the Croatian economy: 25% percent of citizens is not familiar with the benefits of euro adoption and 25% of them sees no use in converting to the euro. Therefore, extra efforts are needed to inform the public about the euro, highlighting its significance for Croatia, and about the process of its adoption, said Michael Faulend, CNB Vicegovernor, participating in the panel The Effect of the Adoption of the Euro on Economic Developments.

Surveys have also shown that a high percentage of citizens, almost 40%, have concerns that the adoption of the euro will lead to a sharp increase in prices and, in turn, reduce their living standards. As shown by the experience of new EU members that have adopted the euro, the adoption has not produced any significant effect on prices – they have risen only 0.2 to 0.3. percentage points. The perception of inflation, which is, as a rule, based on trends in the prices of a small number of products, should be clearly distinguished from inflation measured by statistical bureaus based on the representative samples of prices of products and services. A difference should also be made between the price growth resulting from rounding up prices during conversion in the process of euro adoption from the growth that is not related to it and results, for example, from an increase in oil prices on the global market.

The experience of the Baltic states is the best proof that the euro adoption has not deteriorated the citizens' living standards: support for the European currency increased significantly in the months preceding the adoption, continued to grow in the adoption year, rising to about 70% to 80% from approximately 30%, and has remained on this high level to date. This would have definitely not happened if the citizens of the Baltic states had not been convinced that the euro did not have any impact on prices.

In July 2019, Croatia sent a letter of intent to enter the ERM II, assuming the obligations attached, which include 19 measures in six areas, the implementation of which will prove the country's readiness to join the ERM II. Croatia plans to implement all these measures by mid-2020, so that its entry to the ERM can be expected in the second half of 2020, said Vicegovernor Faulend.

In response to a question about the level of interest rates after the euro adoption, Vicegovernor Faulend said that the conversion to the euro would enable the narrowing of the interest rate differential between Croatia and other eurozone countries and thus improve the country’s competitiveness.