25 kuna - Treaty of Accession of the Republic of Croatia to the European Union, 9 December 2011 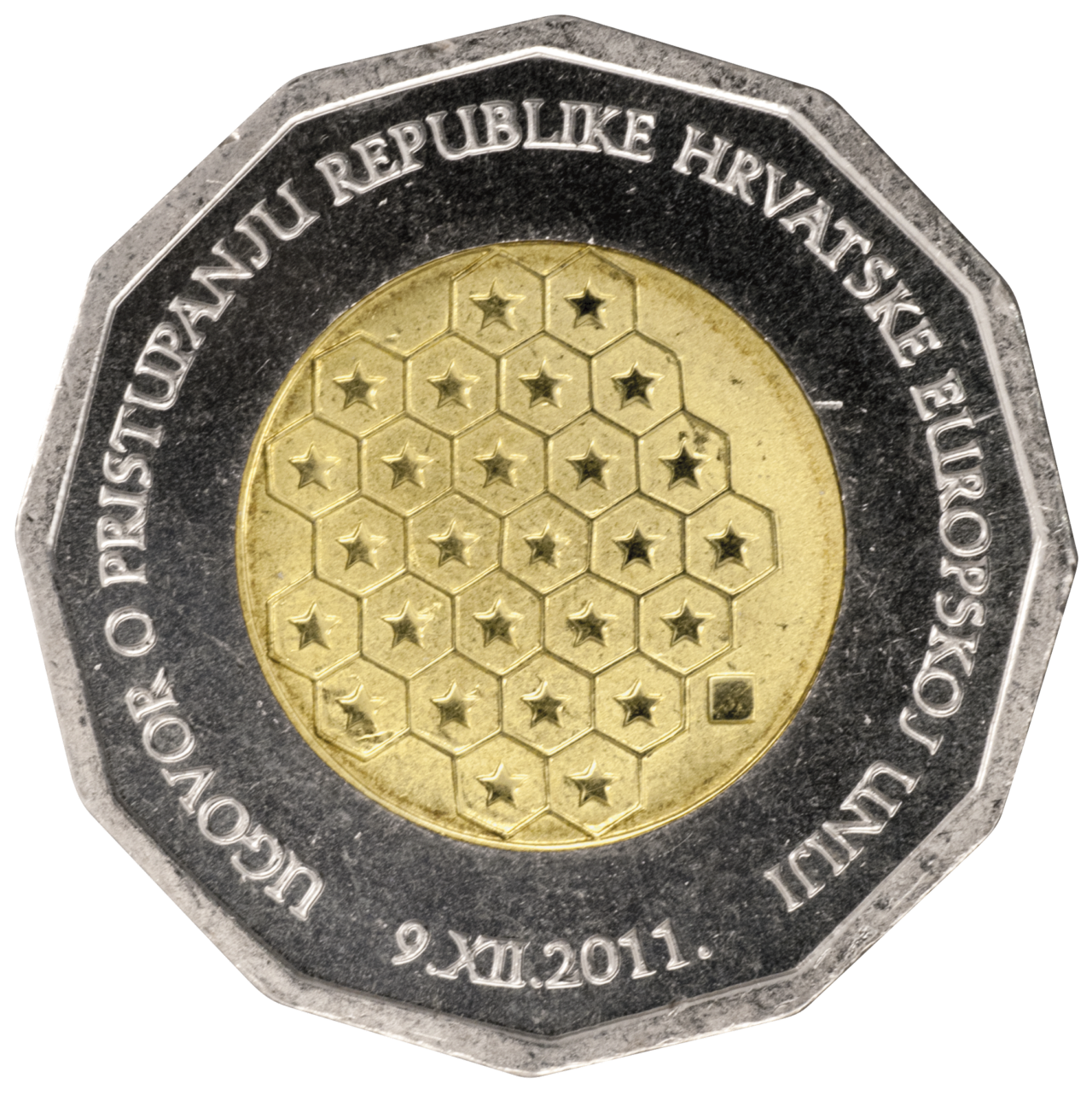 Motif on the obverse: The core of the coin features an image of a beehive symbolising the European Union. The beehive consists of twenty-seven cells, each comprising a star as a symbol of a European Union Member State. Next to the beehive, in the lower semi-circle, there is a square, a symbol of the Republic of Croatia, which is about to be incorporated into the beehive as the twenty eighth cell, comprising a star - a new full member of the European Union. The inscription "UGOVOR O PRISTUPANJU REPUBLIKE HRVATSKE EUROPSKOJ UNIJI" is laid out circularly within the ring of the coin. The lower central part of the ring bears the date "9 XII 2011".

Motif on the reverse: The central part of the coin core features the denomination numeral "25". The outlines of the number "25" reveal an image of a marten turned to the right, with the marten's body integrated with the denomination numeral. Positioned centrally at the lower part of the coin ring is the coat of arms of the Republic of Croatia, bordered at the left by a blooming laurel branch and at the right by a common oak branch with acorns. The upper part of the ring bears the inscription "REPUBLIKA HRVATSKA".

Occasion commemorated: signing the Treaty of Accession of the Republic of Croatia to the European Union, 9 December 2011