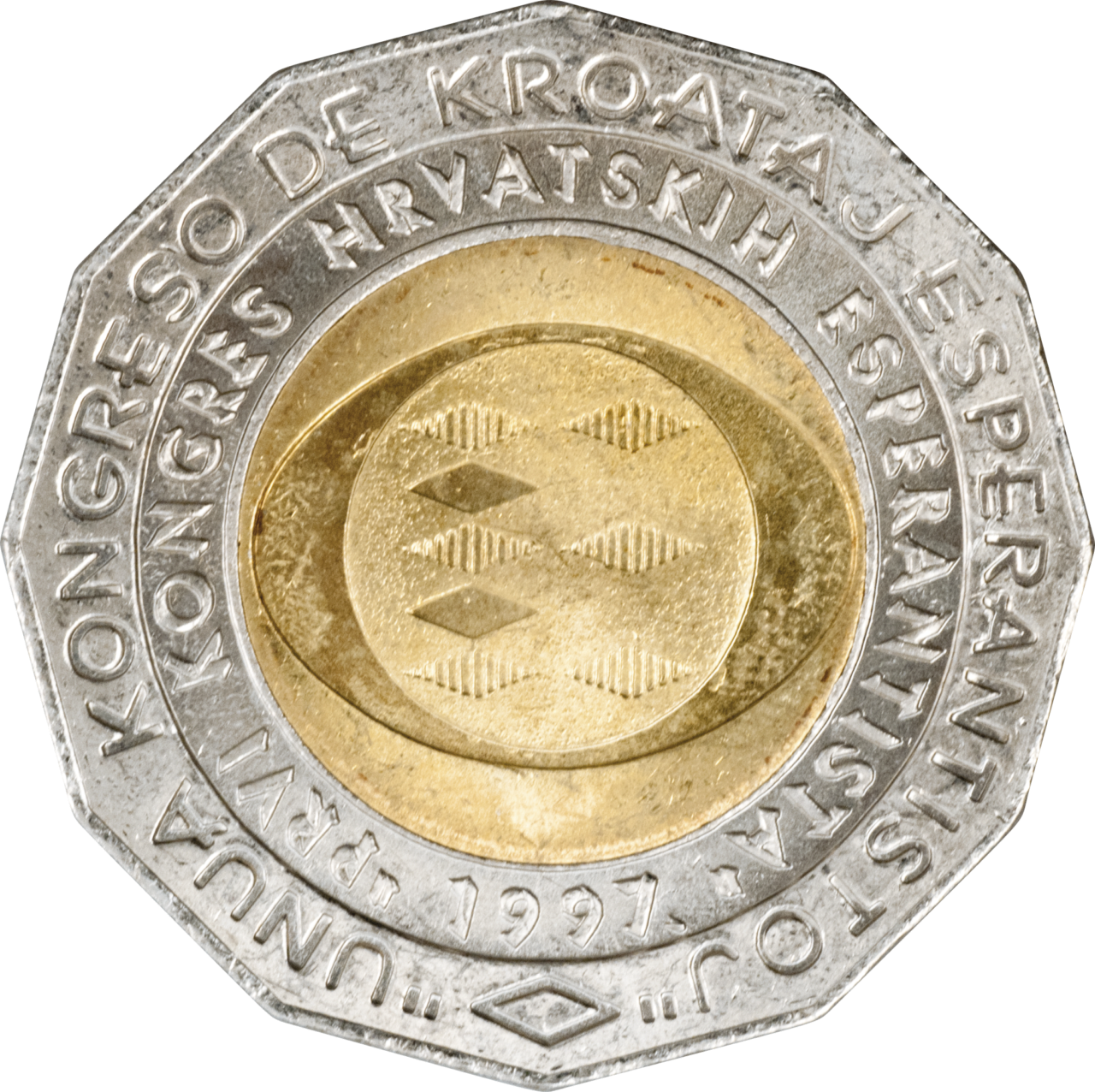 Motif on the obverse: the central part of the coin's core carries the symbol of the Congress, an elliptic circle within which eight elongated rhombs are placed in two vertical columns, pointing at one another with their tips. Of the five rhombs in the left column, the third and the fifth are filled with vertical lines. The right column contains three rhombs, all filled with vertical lines, symbolizing the red and white fields of the Croatian historical coat of arms. All eight rhombs are connected, forming the capital letter "E" (i.e. Esperanto). An identical rhomb is placed centrally at the lower part of the ring, with the inscription "UNUA KONGRESO DE KROATAJ ESPERANTISTOJ" beginning on the left side of the rhomb and stretching along the ring to the its right side. The second, inner, strip of the ring's surface features the inscription "PRVI KONGRES HRVATSKIH ESPERANTISTA", separated by the minting year, "1997", placed centrally in the lower part of the strip, above the elongated rhomb.

Occasion commemorated: holding of the first Croatian Esperanto Congress, in Zagreb, on 31 May and 1 June 1997