25 kuna - Annual Meeting of the European Bank for Reconstruction and Development, Zagreb 2010 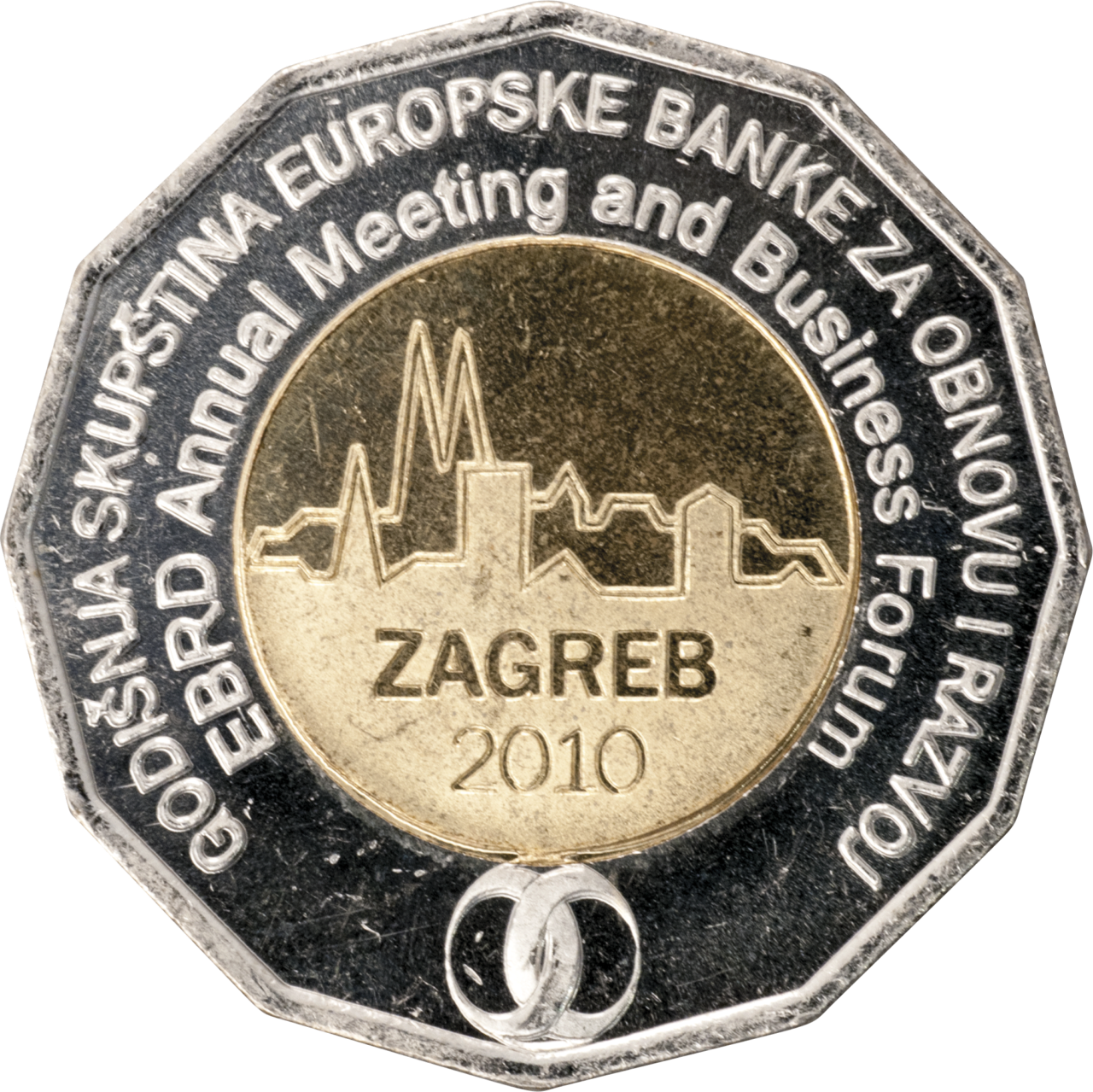 Motif on the obverse: the core of the coin features the logo of the meeting, showing the panorama of the city of Zagreb and a two-line inscription "ZAGREB" and "2010". The inscriptions "GODIŠNJA SKUPŠTINA EUROPSKE BANKE ZA OBNOVU I RAZVOJ" and "EBRD Annual Meeting and Business Forum'' are laid out circularly within the ring of the coin. The lower central part of the ring shows the EBRD logo.

Occasion commemorated: the European Bank for Reconstruction and Development Annual Meeting, Zagreb, 14 and 15 May 2010