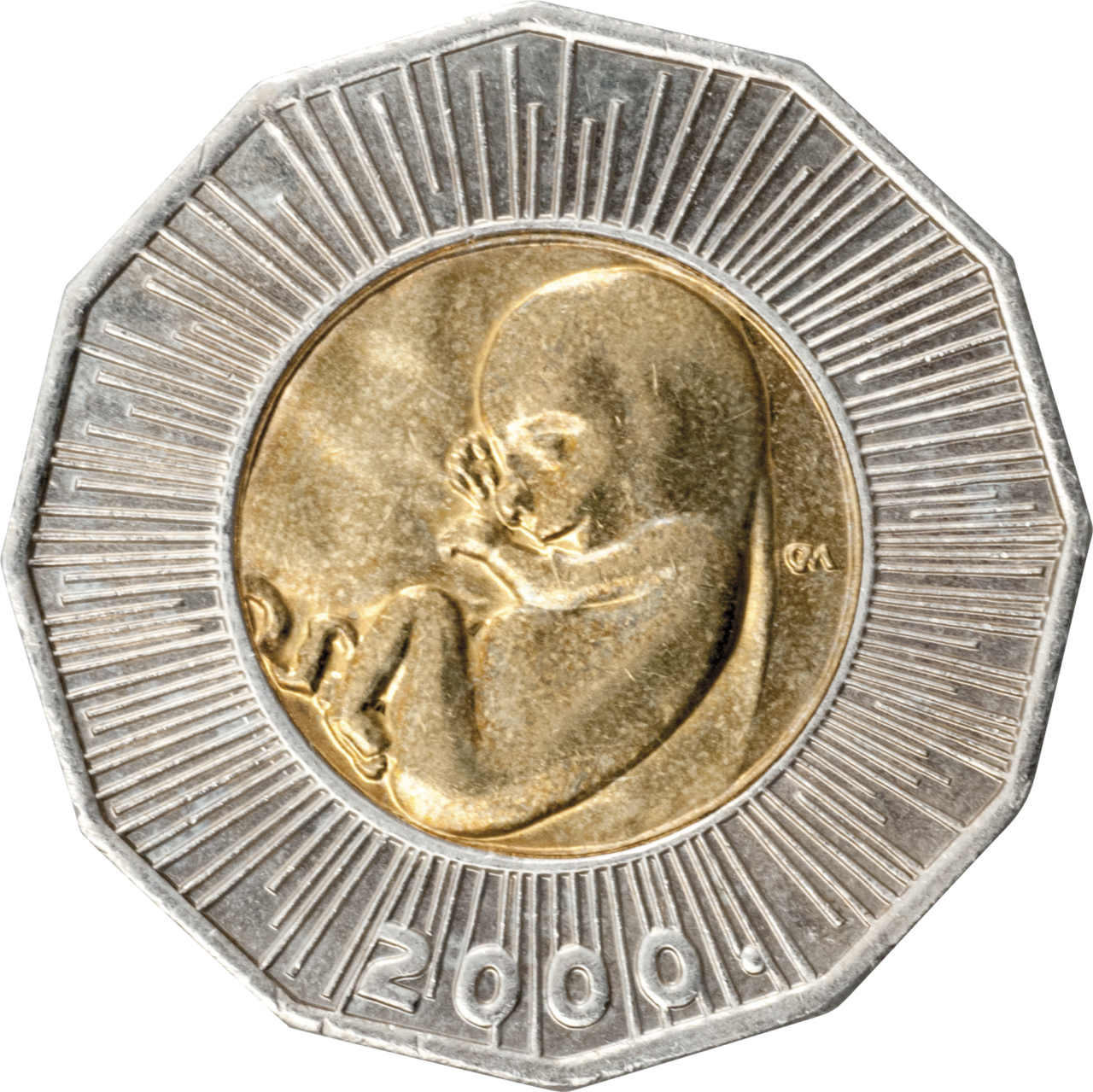 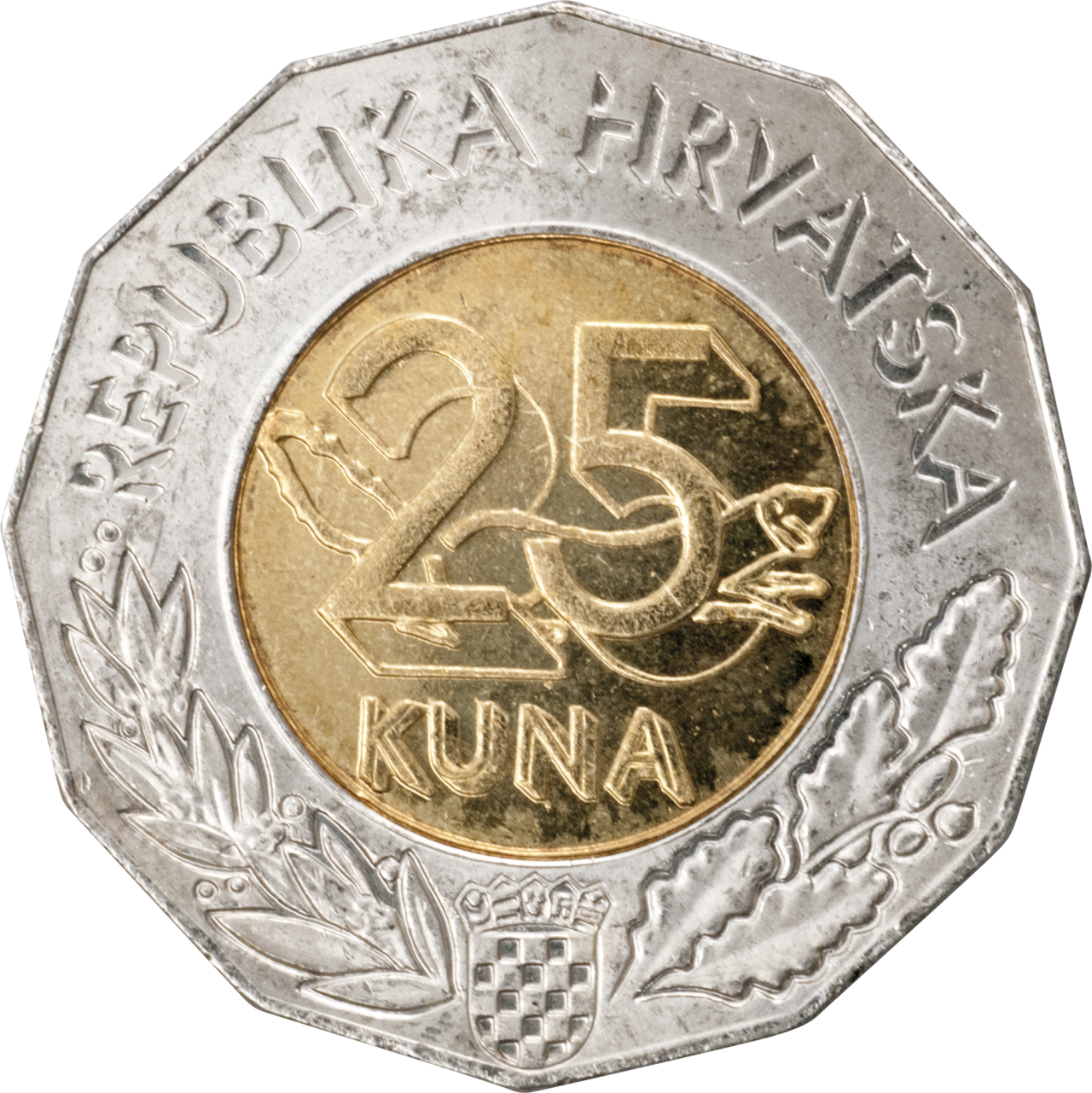 Motif on the obverse: the coin's core carries an image of a fetus, a universal symbol of human life, at the centre of both the millennium that ends and the new millennium that begins, which is symbolized by a sequence of rays within the coin's ring. The year 2000 is placed centrally at the lower part of the coin ring.