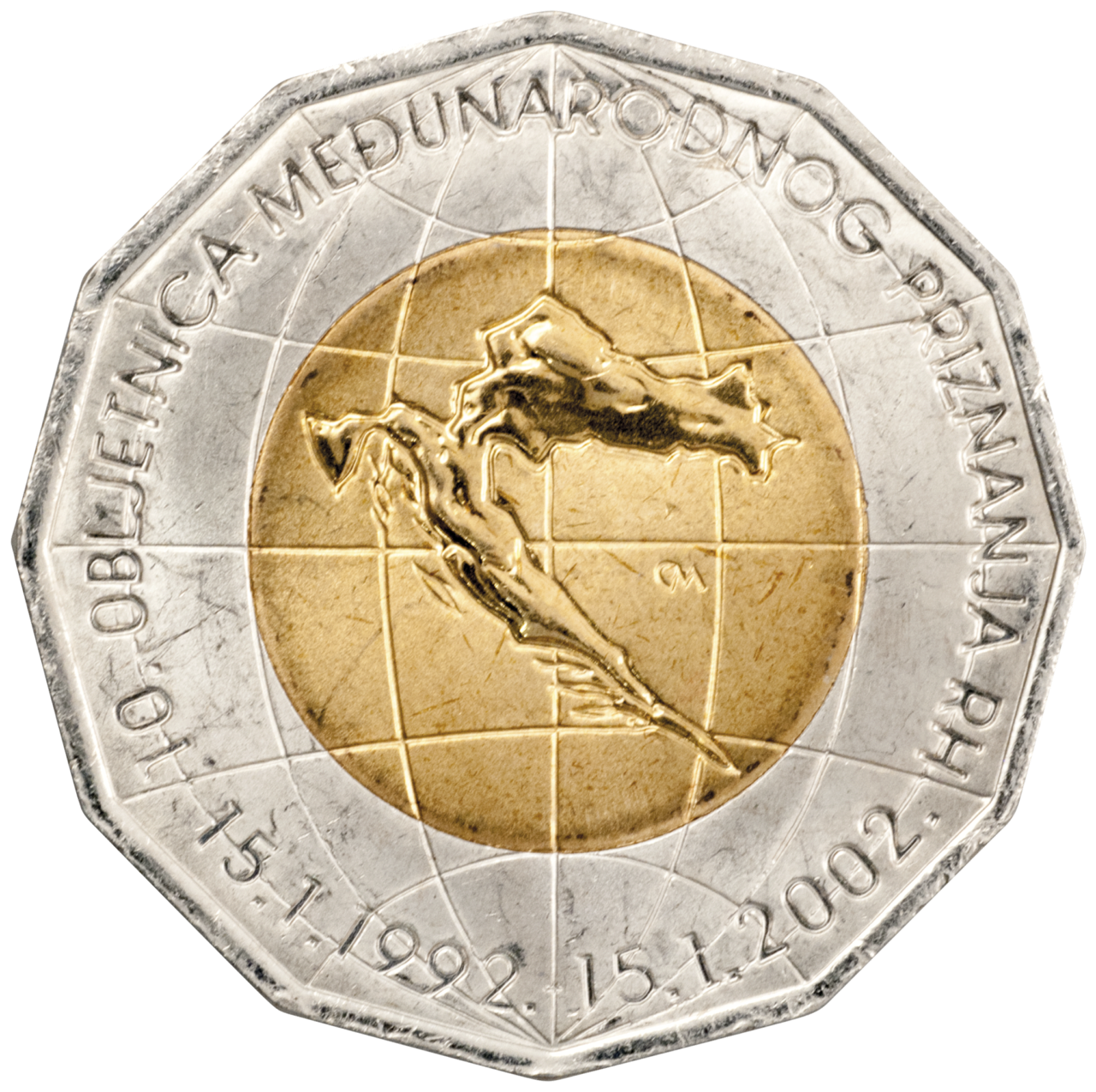 Motif on the obverse: the central part of the coin core shows the relief of the Republic of Croatia, crossed by slightly curved horizontal and vertical lines, symbolizing parallels and meridians of the planet Earth. This image represents the Republic of Croatia as an independent state on the globe. Two dates: "15. 1. 1992. - 15. 1. 2002." are positioned centrally along the lower edge. They are followed by the inscription "10. OBLJETNICA MEĐUNARODNOG PRIZNANJA RH", which stretches from the left to the right, closing the circle on the coin.

Occasion commemorated: the 10th anniversary of the international recognition of the Republic of Croatia, 15 January 1992 - 15 January 2002