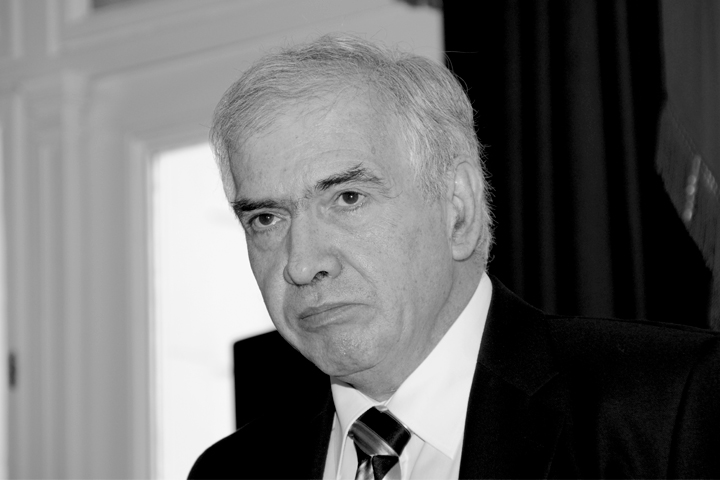 The former Governor of the Croatian National Bank, Dr Željko Rohatinski, died suddenly on Thursday, 12 December 2019. Born on 3 August 1951 in Zagreb, Mr Rohatinski graduated from the Faculty of Economics and Business in Zagreb in 1974 and earned his doctor's degree from the same institution in 1988 for his thesis "Role, Goals and Methods of Economic Policy and the Maturity Problem".

Mr Rohatinski began working at the Republic Institute for Social Planning in 1974, and became the Institute's General Director in 1989. A year later, he was appointed Head of the Department for Macroeconomic Analysis and Policy of the Institute of Economics in Zagreb, which he headed until 1998, when he became Chief Economist at Privredna banka Zagreb.

In April 2000, he took up the position of Director of Macroeconomic Analysis at the Agrokor concern, which he held for several months.

On 12 July 2000, the Croatian Parliament appointed Mr Rohatinski Governor of the CNB, and in July 2006, he was reappointed as central bank Governor.

Mr Rohatinski was a highly esteemed Croatian economist, the fourth Governor of the CNB and the Governor with the longest term of office at Croatia's central bank, having held it from July 2000 to July 2012.

During his term of office as Governor, Mr Rohatinski diligently safeguarded the independence of the Croatian central bank, and after the onset of the global financial crisis in 2008, he was firmly committed to preserving the Croatian banking system.

He received several awards for his work – in 2009, The Banker named him the best European governor, and in 2008, the same monthly proclaimed him the best central banker on a global scale.

He also enjoyed great public trust and in 2008 won the award of the Croatian Public Relations Associations for the Communicator of the Year.

He is the author of many professional and scientific books and articles. In 2017, Palgrave Macmillan, one of the world’s leading academic book publishing companies, published his book “Time and Economics: The Concept of Functional Time".

Parting from his colleagues at the last session of the CNB Council that he chaired as CNB Governor, Željko Rohatinski said: “How did we do all that? Among us there are professors of monetary economics and macroeconomics and people with much practical experience in this field. We all know that we have never worked by the book, or followed manuals, or tried methods, or some alleged paradigms, particularly not dogmas. Our job was primarily to watch what exactly was going on and under what exact conditions, rather than in ideal model conditions, and then to use the only means at our disposal, our common sense. Standard procedures and models, they are all great, but often of no use in practice because the conditions in time and space can never be the same.”

The Croatian National Bank offers deepest and most sincere condolences to the family and the Croatian public.