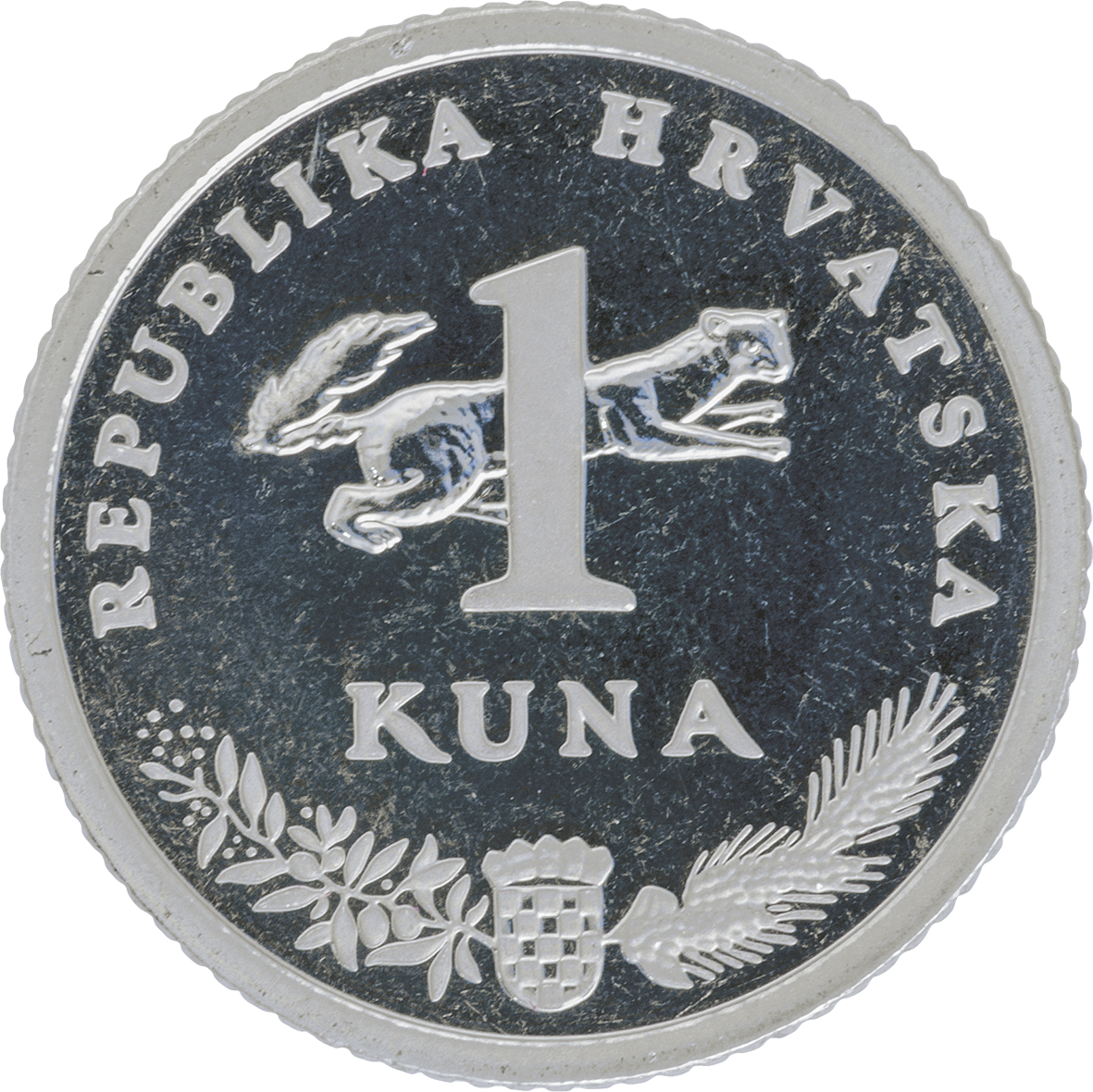 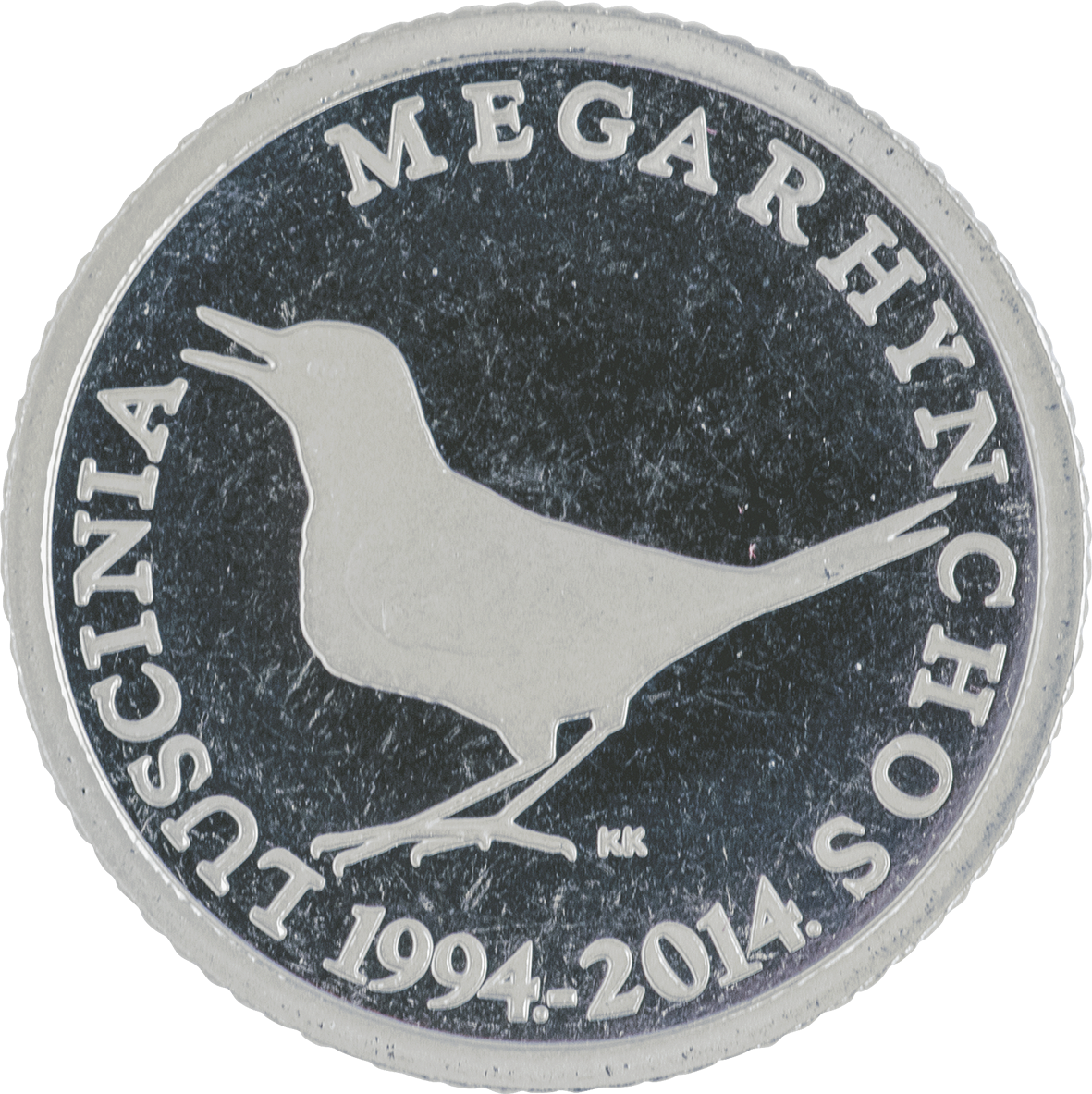 Motif on the obverse: the centre of the coin features the denomination numeral and currency name "1 KUNA" against the background showing a marten, an animal of the weasel family with highly prized fur, running to the right. The inscription "REPUBLIKA HRVATSKA" is displayed in the upper semi-circle along the edge of the coin. Positioned centrally along the lower edge is the coat of arms of the Republic of Croatia, bordered on its left side by a stylised olive branch with olives, extending semi-circularly along the edge, and on its right side by a stylised ear of wheat, also extending semi-circularly along the edge.

MARTEN
The marten (kuna) is the common motif on the kuna coins. It belongs to the weasel family and lives in forests, rocky areas and open fields. This quick and agile animal has rich dark brown fur with yellow spots on the neck and chest and is a symbol of Croatian monetary history.

OLIVE
The olive, medicine and food, thrives exclusively in the Mediterranean. As one of the oldest and most important vegetable crops, it symbolizes peace, health and wisdom. Because of its longevity, an olive tree can live up to several thousand years. Because of its value olive oil was as precious as pure gold and was formerly stored in centuries-old stone urns. Archaeological discoveries from as early as the 8th and 9th centuries BC confirm the development of the olive growing in Dalmatia, a tradition which has continued for centuries and has grown into one of the most important economic branches in the Croatian Adriatic region.

WHEAT
Wheat is a plant from the grass family, which has been cultivated in Croatia since Roman times. It is one of the oldest and most important grain crops used in bread production. Because of its natural preconditions, the regions of Slavonia and Baranja are the most favourable areas for wheat cultivation.

Motif on the reverse: the centre of the coin features a nightingale, a bird of the thrush family. The inscription "SLAVUJ" (Lat. LUSCINIA MEGARHYNCHOS) is displayed circularly along the edge of the coin. The minting year is positioned centrally along the lower edge.

NIGHTINGALE
Nightingales are songbirds. The nightingale sings in spring, usually at night, and migrates to Africa for the winter. Its beautiful singing is often mentioned in traditional storytelling and art. Since ancient times it has been considered to be a bird that brings light and proclaims the new day.